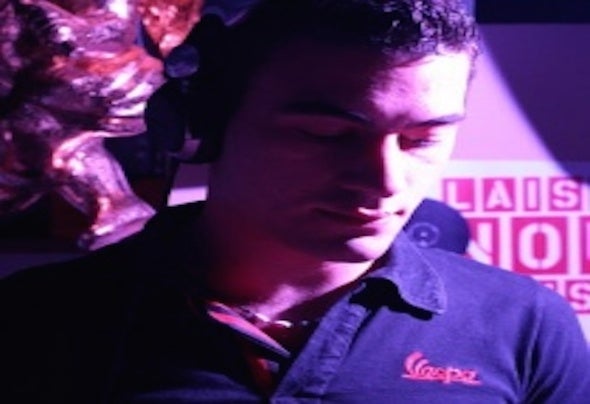 From an early age, OR’L has seized the dance floor and backstage of clubs in Europe and Africa. His particularsound is inspired by what is best in electro deep, funky and minimal music as well as sensations from the acid-house wave, the summer of love, the underground calling and thevery beginning of rave parties.This unique artist makes the more devoted people feel like being taken to the furthest horizonand listen to something deeper. He started criss-crossing Brittany at the beginning of the 90's. He quickly became oneof the main actors of the house parties in western Franceand on radio in Senegal. He likes gathering around himselfDj’s and video directors and lets art & culture run free. T he catalyst of his career is most of all his will of sharing his own vision of the electronic journey. In 2000, he set up Party People association, taking part in promoting artists and starting a ten-year Dj residency at the famous L'Escalier club in Saint- Malo.The more OR’Lperforms,the more his network develops. He loves meeting people and discovering brandnew European artists. At l’Escalier club, he acts at the same time as a DJ, an artistic director and a Dj-booking manager. Moved by the same spirit, he also created The Dirty Virgin Breakers duo with his old friend D’Jib. T hey have already released several maxi singles and remixes, among whichthe famous Antidote EP on Timid Records label. They have worked with and played in many places : L’île Enchantéeclub in Paris, in Rennes for the Lipstick parties and with Lieu Unique venue in Nantes.OR’Loften goes abroad and spreads his message over the European scene: Ibiza, Barcelona, London, Berlin, Austria... He's also collaborated with other artists like Deadmau5, Chris lake, D’JULZ, Tiefschwarz, Electric Rescue, Spirit Catcher, Chloé, Kiki, Oxia ... His symbol: the happy face, that refers to joy and night communions. His music: like his eclectic career, a mix between deep house, minimal and techno music in the widest sense. Enriched by culture and rhythm, OR’L inflames bodies in order to let them dance freely. He can create around himself the perfectbalance between partying, music, exchange and total freedom.