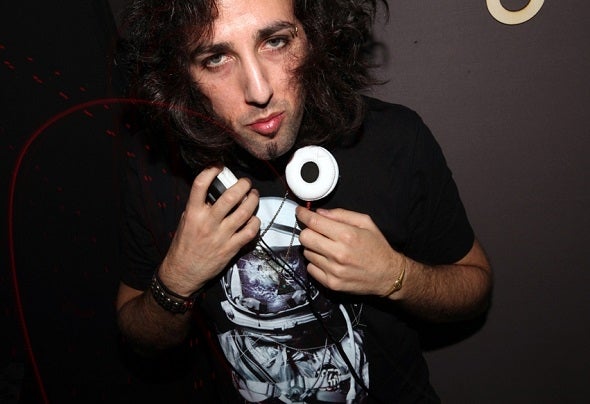 GeKo is Amir Ben David, Born in March 3 1982, Israel. At an early age he played the piano, which started his first real passion for music, but this was just the beginning. After realizing that music did something special for his soul he soon started going to as many music events as he could. Soon he realized that it was time for a change, it was time for him to try and make his own music, the music that was trapped inside his psychedelic head for so long, so he decided to form his solo project that called "GeKo". GeKo music is very unique and powerful, night full-on with psychedelic tech sound touch. His music filled with psychedelic twisted melodies that create a unique and special atmosphere that cannot be found just anywhere. Sound that will reach your Psychedelic Mind and spin it into a motion that will make you dance to the dark beat until you loose yourself in it. Don't be afraid to try it for yourself. GeKo already spread his sounds on many events around the world from Indoor party's to big festivals around, Israel, Portugal, Switzerland, South Africa, France, Germany, India, Cyprus and more... After 2 years of study on Music Academy,He was ready to release his first album "POISON FLOWERS" that was released on June 2009 on "Digital Psionics Rec." that was a very successful hit on the floor around the world. After that in 2010 he come back with his new EP release "The Human Brain" that was out on "Digital Psionics" that show the mature way of music he learned with his experience. then a year later he come back with another EP release "Corrupted Symphony" that was released on "Droopland Rec." from Spain that release became an instant hit with 2 fresh tunes that rock the dance floor and was in the top 10 for 1 month in sales! Today he works on his new album for "Fractal Rec." and some new tunes that will test a different parts on your body. so stay tuned :)