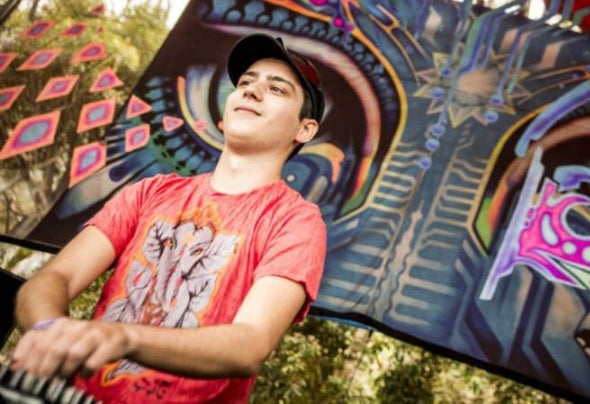 Listening to the organic flow that is the sound of Copycat, it seems like every element is a perfect match with any other, like everything is adding up. Similar to a fractal pattern, this description also fits the musical career of Milos Modrinic, the Serbian producer behind this project. His intriguing Progressive Trance productions became highly acclaimed all around the world. Looking back, it seems like they are the result of one logical development- just like his creative personality.Grown up in Belgrade as the son of an artist family, music has always been a part of Milos’ life. From 2003 hechannels this productive energy through different software sequencers. Three years later he decides to attend a professional audio engineer training, finishing in 2010. This step is a very important one in his musical career for several reasons. On the one hand, his sound gains a moment of acoustic brilliance that is one of his characteristic features up to today. On the other hand, he meets Drasko Radovanovic who becomes his partner for the Psy Prog project Sideform. Together they become a prime example of the blooming Serbian producer scene, enjoying great international success.Couple of years later, he decides to expand his horizons by creating a full-on psytrance project called Makida with Nikola Peric.Working solo under the name Copycat since 2010, Milos delivers hypnotic Progressive Psytrance at moderate tempo. Driven by offbeat rhythms and rolling basses, the most striking feature of his tracks is a complex and compelling build- up.