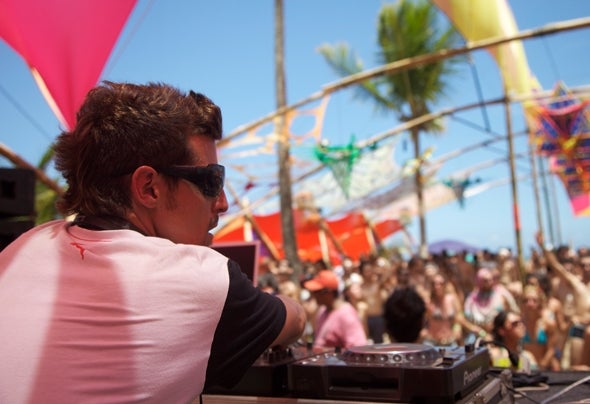 ZONKA is a progressive trance project, Mexican composer, producer and sound designer, owner and label manager of ON Music. Zonka was born in Mexico City. His first approach to electronic music started at a very early age. In 2004 he got finally infected by Psytrance when he started going to underground parties in Mexico.His first experience in producing music goes back to 2004, when he started to study an audio engineering degree in Mexico. After years of performing on beats, Ramon found himself in electronic music and ZONKA project was born.In 2008 he released his first tracks under the name ZONKA, then he released the first studio album called prototype under the name ZOLARIUM. Parallel to this, he did sound design, music for TV and commercials and produced music for a few artists and singers. The album had huge success on psytrance charts and got great feedback from dance floors around the world.Since he started performing his live set in 2009 he had performed at many great events from small private parties to big festivals around the world like the Full Moon Festival (Germany) - Aurora Festival ( Greece ) - Al Andalus( Spain ) - Spirit Base festival ( Austria)- Paradise Festival ( Austria ) , Cosmo Festival ( UK ) , and South America at the Universo Parallelo (Br),Earthdance (Br) - Ecologic (Br) - Respect (Br) etc.Right now he is working in a new project called HELBER GUN and for his first studio album. Compared to the releases of most of the today’s progressive labels, ZONKA is seen as a really original project. He mixes progressive trance beats, with fat and groovy bass- lines with an indescribable emotional feeling on top and as always a massive production.