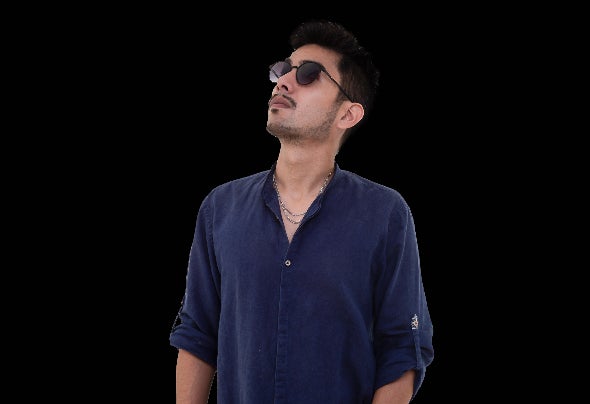 Pragmatix is a psytrance artist born in Buenos Aires, Argentina. When he was eleven years old he started playing guitar, and then at school, he played with friends in various bands until he discovered electronic music in 2001. Listening to bands like Hux Flux, Hallucinogen, and Infected Mushroom opened his mind and soul to do psytrance, it was just a matter of time. Using music as his spiritual path and creative expression, Pragmatix quickly became one of the most promising artists in Argentina after the release of his demo, “Inevitablemente Mistico”, full of very creative, original, and psychedelic songs, including collaborations with various local artists and a little bit of his dub side, which he also explores in his performances as a chill-out DJ. His style combines mysterious and dark atmospheres with colorful and playful psychedelic melodies, playing with different textures and a series of aggressive basslines, making perfect tracks for the dancefloor and for listening at home. He also collaborated with a lot of local artists, giving a lot of diversity to his productions. In 2013 he released thefirst album called “The Invisible Object”, released by Rizoma Records. Currently, he has played in several local parties and also playing in several countries like Brazil, Japan, Germany, Swizterland, France, Italy, Lithuania, Greece, Hungary, Malta, Spain, Chile, and Argentina. At the end of 2020, Pragmatix joined the 180 Degrees Records family and the future looks promising.