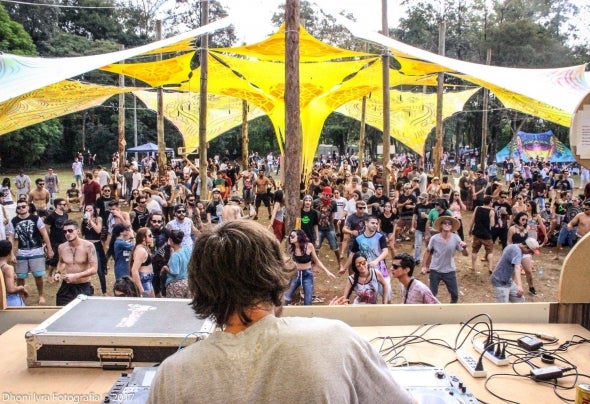 Gênero/Genre: Psychedelic Estilo/Style: Psytrance Spiritual Projection (also known as a projection of consciousness or out-of-body experience) would describe an alleged paranormal phenomenon: the "exit" of the consciousness of the human body and an alleged "manifestation " in a "dimension Extraphysics ". Spiritism calls this "Extraphysical dimension " As a spiritual plan. The out-of-body experience can also be characterized as the sensation of exit or escape from the physical body, and it is possible to observe oneself and the world from another perspective. Such experiences can be accomplished through sleep, through deep meditation, relaxation techniques, or involuntarily, during episodes of sleep paralysis, abruptingly variations of emotional activity, neurophysiological effects by drug induction among others. Spiritual Projection brings the proposal of a psychedelic and contagious sound, which at the same time provides a journey through several physical and emotional states, and so who knows how to take the listener to a true spiritual projection! Cassiano Augusto Przipioski is based on his productions influences several strands of Psychedelic Trance, not imposing barriers between styles and characterizing his music as a hybrid! It has already divided the same stage with major national and international names such as Burn in Noise, Ital, Waio, Mental Broadcast, xpiral, Eclipse Echoes, Via Axis, Synkronic, Axial Tilt, Diksha, Sychotria, Whiptongue, Labyrinth, Shekinah, Protonica, Ectima, Zyce, Aho, Neuropipes, Subverse among others and promises to continue surprising each new presentation