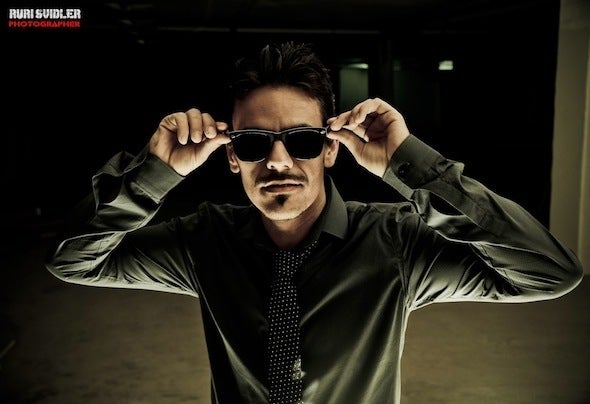 Darma is Adam Belo, from the center of Israel, Tel Aviv. Adam has been producing music since 2000 as part of the duo Hipnotix; with his older brother Yaki. As Hipnotix, they have released music on labels including: HOMmega, and Noya Rec.. In 2010 they released their full length album entitled “Side Effect,” which received great feedback from dance floors around the world including the countries of: Japan, Mexico, Brazil, Sweden, Russia, and many more. At the beginning of 2012, in an attempt to further develop the Hipnotix sound, Adam began incorporating inspiration from different music genres. The result was “One Night Stand” which became a number one seller on Beatport, and received support from fellow artists: Ace Ventura, Liquid Soul, Astrix, Captain Hook, Paul Oakenfold, and many others. This marked a new beginning in Adam’s musical career, as he understood the need to make something unique and different. The result was his brand new project Darma. His debut EP as Darma, “Deep Hole” which included collaborations with Ace Ventura & Vertical Mode, released June 25th, 2012 on Echoes Records; marking the beginning of a bright new musical journey. Looking to further his new project in 2013 and beyond, Darma joined the ranks of Solar Tech Records, one of today’s leading Trance music labels. With an impressive start, and many more releases in the pipeline, the future looks bright for this rising star in the global Psychedelic music scene!