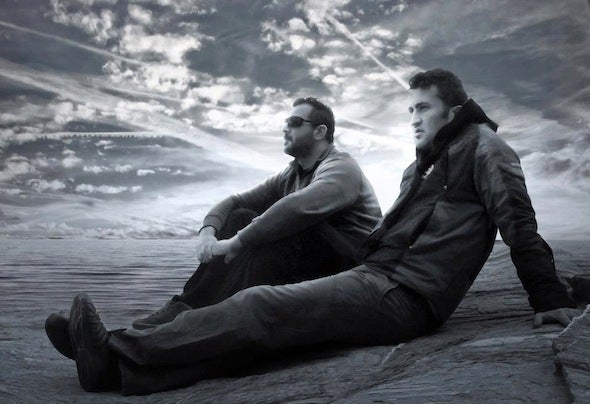 LOOPSTEP & OPTILOOP Projects are George Kopelakis and Agamemnon Aspirtakis coming from Heraklion of Creta in Greece. Back in 2000 the two close friends joined their forces and started making music for their Dj sets. Agamemnon was already holding a vast knowledge over Macs and audio technical systems and George caught up with the speed of light! Their addiction and love for trance led them and after many hours of hard work in the studio Loopstep project was created in 2002. The main target of the project was to release pure progressive sound on non - high Bpm levels but also to include melodies and stories of the authentic psytrance scene. The project, categorized as morning - times progressive psytrance, had immediate feedback from all over the world and still continues its releases under Ionomusic.com with huge success. Later on, in 2006 and after many events and festivals, the duo decided to create another project, Optiloop. Optiloop Project succeeded Loopstep in a totally different course. Night dance floor, fast groovie basslines, energetic loads, clear psytrance melodies and many remixes are some of the secrets behind Optilloop Project. Nowadays both acts are releasing under Iono Record label and their tracks are been played by famous Djs around the globe. With George’s passion for harmonies and melodies and Agamemnon’s feeling for propulsive grooves, Optiloop and Loopstep projects deliver their pumping sounds – an explosive blend of psychedelic and progressive techno trance. Both of them share an extensive experience in DJ-ing and unique live acting for more than a decade. With their energetic live acts both projects have already contributed to successful parties all over the world such as << Vuuv Festival –(Germany) Aurora Festival (Samothraki Greece), F.S.I. Events (Greece), Fusion Festival (Germany), CFO-(Denmark), Earth Dance (Netherlands) Sync Festival (Greece) amongst others