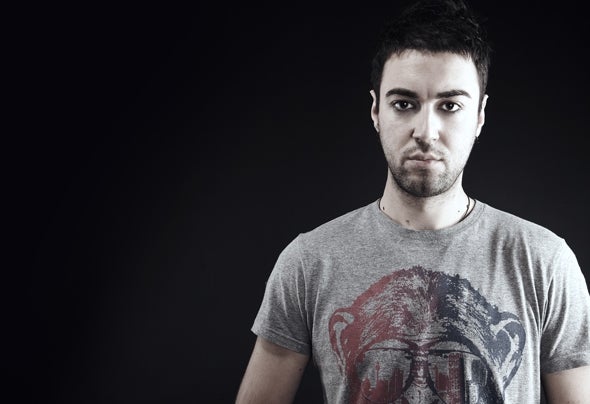 E–Clip is a psy progressive oriented project created by Marko Radovanovic aka Radule from Belgrade (Serbia). Marko has been working in psytrance music since 2002 when he was working on his full-on project called beyondecliptica and released the full length album "groove technologies" for medusa records (greece). In 2009 he started to work on his psy-progressive project and E-Clip was born. In 2010 Marko releases numerous singles and few eps for almost all leading labels such as IONO, YSE, BlueTunes, SpinTwist, Tesseract Studio. At beginning of year 2011, Marko brought us unique, powerful and strong artistic expression in his debut album “Shuma” which has been released for Yellow Sunshine Explosion. Using atmospheric and groovy style and combining it with GOA melodies Marko gets epithet of “Trance saver”. John 00 Fleming emphases E-Clip as his favorite trance producer at this moment and assorts great number of his tracks in JOOF DJ mixes. After big success he makes in those 2 years, his carrier continue to expand through collaborations with leading produces such as Zen Mechanics, Egorythmia, Allaby, Sonic Species and many more. October 2011 Marko joins NEON Bookings. http://soundcloud.com/e-clip/ http://www.facebook.com/pages/E-Clip/193925150629036 http://www.myspace.com/eclipmusic http://www.youtube.com/user/EClipChannel http://www.youtube.com/watch?v=OFRCUzdGPD8&feature=related http://www.youtube.com/watch?v=BwH6fcnD_ik&feature=related