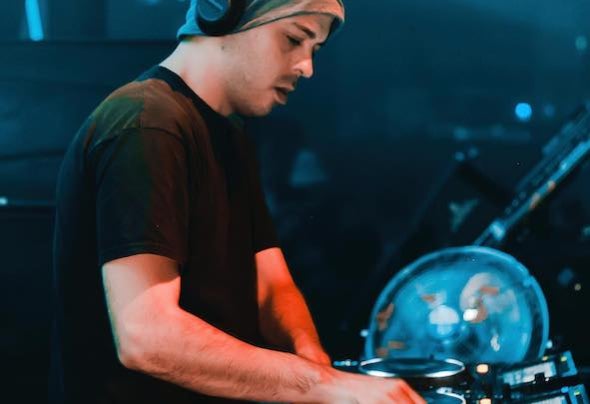 With an artistic drive to create music encoded into his DNA, the half Brazilian, half Portuguese Fernando Seca, living in the peaceful city of Lübeck, Germany, has become a revolutionary electronic musician. After learning to play the violin at the tender age of six, he hungered for something more; and at the age of thirteen he discovered electronic music.His mature style, and "outside of the box" , has gained him a great deal of praise in the scene; being recognized as a prodigy of electronic music by many artists and labels alike. 'Waio' has become synonymous with high quality, professional studio standard, music production; and has collaborated with many of today's leading psychedelic musicians, which follow the style created by Fernando Seca.Waio has accomplished great international fame and is considered by many industrial professionals as one of the most innovative and influential Psy Trance acts. Waio signature stamp sound is adopted, supported and played by top international Dj's and producers including the likes of Armin Van Buuren, Simon Patterson, John Askew, Bryan Kearney, Jordan Suckley, Symbolic, Coming Soon!!!, Sean Tyas, to name just an immediate few.Waio's discography is loaded with best-selling titles, which have been topping the sale charts of Beatport and other leading music distribution and sales outlets.Among his best-selling tracks one should note Waio's epic remix to Simon Patterson's track 'Smack' which was released on the 27t h of June 2016 and instantly reached the No.1 spot on the Beatport chart for over 5 weeks. The track was released by the famous VII records label and is the label's best-selling track so far.Waio's track have been featured on A State of Trance Radio by top international producer Armin Van Buuren who has also invited him to perform at this year's edition of the famous 'A State of Trance Festival 2017' in Utrecht .Now working on a Psytrance surround project Quadrasonic, a lot great news its about to come!