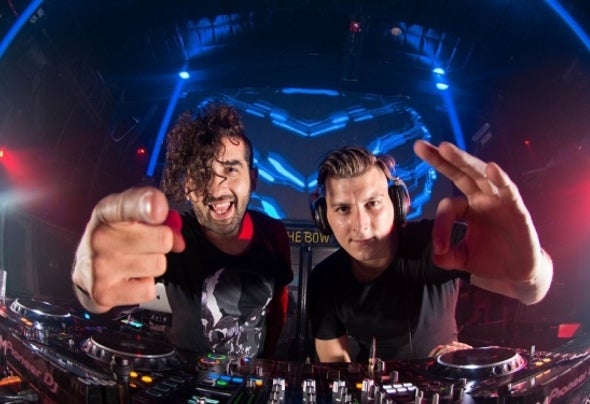 Fergie & Sadrian is an Argentine duo based in Buenos Aires, Argentina.They began their career as a DJ / producer in 2009, when they released their first EP -Voyage- in the label Soviet, obtaining a surprising support for several references on the world stage. Their continuous sound got great reception by large-caliber DJs such as Armin van bureen, Aly & Fila, Giuseppe Ottaviani, Paul Oakenfold, Paul van dyk, John Askew, Heatbeat, Alex Morph, Christopher Lawrence, among many others; obtaining full support of the last one and becoming habitués of his label Pharmacy Music and now A & R there. Standing out by continuous collaborations between the two of them and their gigs together in Buenos Aires.Also known by the great energy of their sets, they have been the helm of their own podcast "Trance traffic ahead" for about 5 years now, testing the quality of its work and mixes and why many portals in the scene call them ambassadors of the underground. On the national scene they go from under clubs to large venues such as Pacha, Niceto, Mandarine sharing booth with Christopher Lawrence, Allen & Envy, Headhunterz, Will Atkinson, U-Recken, Ruback, Firaga, Ranji, Omiki, Perfectone, Tomas Heredia, Marcelo Fratini, Javier Bussola , Deathmind, among others.