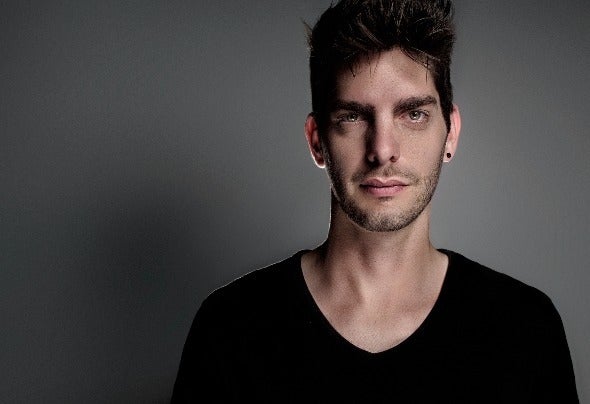 Harmonika was created in 2007 by Hugo Lannes Castellan, born in Rio de Janeiro on 1988. Hugo is a musician since he was 9, when he bought his first guitar. In 2008 he joined the "Conservatório Brasileiro de Música" (Brazilian Music Conservatory), attending the course called "Música e Tecnologia" (Music and Technology). Hugo has opened his mind, and started to focus on electronic music production, intending to work as a DJ and a music producer. Besides his home country, the artist has already presented in Mexico, Switzerland, France, England, Australia and South Africa. Harmonika participated in big festivals all around the world, like Universo Parallelo, in Brazil, and Burning Mountain, in Switzerland. Hugo released a few tracks in one of the biggest labels of the genre, called Spin Twist Records. In 2015, the artist reached world Top 1 Psy Trance on the reputed Beatport site, with his track called “O Fortuna”, a partnership with “Claudinho Brasil” released by Alien Records. In 2016, Harmonika and Claudinho Brasil got together again and released a bootleg for the song "Bohemian Rhapsody", by Queen. They called the track "Mamma Mia", and it reached over 2 millions plays on Soundcloud and Youtube. Hugo also released three remixes for the legend of progressive trance, Neelix: "Born & Raised", "Ever Since" and "Waterfall", all released on Spin Twist Records.