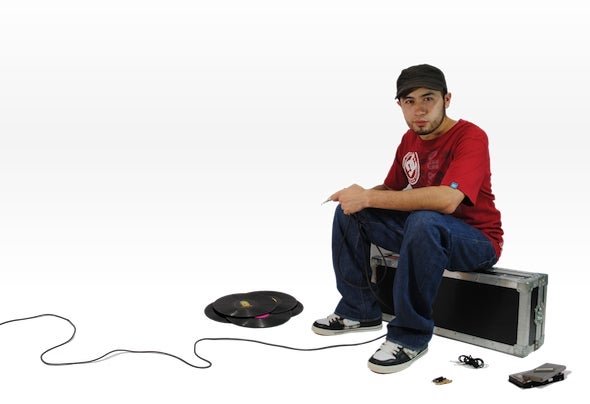 Hugo Venegas ,aka INTERACTIVE NOISE,is a Mexican producer considered one of the premiere electronic music producer in the progressive Trance scene gracing the industry's most respected labels and parties across the globe.His first studio album,”REWIRE”,released in OCTOBER 2010 is considered one of the most innovative albums in the scene of progressive trance in that year. He’s not an easy game for those who prefer everything being neatly labelled. Mixing styles in a fun-loving and daredevil manner, the sound of IN is characterized by constant change. If there are any labels for this kind of music, those clearly would be ‘Highly Innovative’ and ‘Progressive’. Within no time, the productions of IN gained excited feedback from all around the world with numerous invitations to parties and international festivals following.After exploring clubs and festival dance floors for some years, he started producing his own vision of party sound: A one-of-a-kind mixture of Progressive House, Techno and Electro, everything stuck together by a strong Progressive Trance groove, Since it proved to have a very refreshing own character that fascinated popular DJs all around the world. Without doubts INTERACTIVE NOISE creates an irresistible catchiness with great concept within.