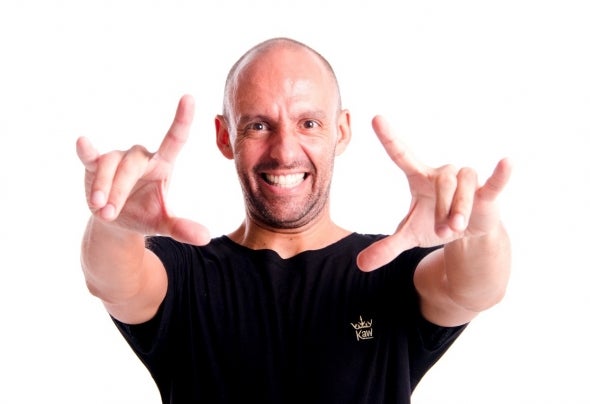 Claudinho Brasil is a professional musician since 1997. He is major in music by Faculdade de Artes do Paraná (2002). Played drums and sang for 8 years in a rock n' roll band in south Brazil and recorded two albums. Since 2005, he's been working as a electronic music producer and created his solo project called "Claudinho Brasil - Trance Performance”. He reached TOP 1 in the world Psy-Trance ranking (2016), by renowned site Beatport, with this project, track "O Fortuna”, in partnership with "Harmonika”. In 2017, Claudinho Brasil got more than one million views on Youtube, with the clip of "Mamma Mia", Queen Tribute track, also with "Harmonika" project. He has already performed in the biggest events of electronic music in Brazil such as: Creamfields, Tribaltech, Chemical Music Festival, Universo Paralello, Kaballah, among others. And he has also been on several international tours, such as France (Reveillon Paris 2009), Belgium, Switzerland, Denmark, Germany, Mexico, Australia and Israel.