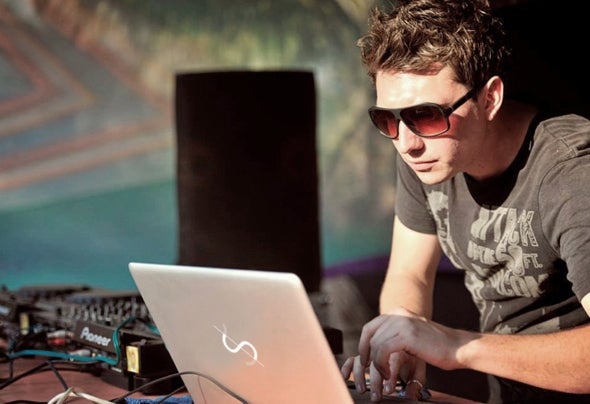 Sinerider is producer Daniel M Thomas, originally inspired by Psychedelic Trance at the beginning of the millennium. Years of research into production technique and musical trends is obvious in his sound. He combines melodic composition with groovy psychedelic noises, each arranged with beautiful ow and style. With releases since 2006 and having played all over the world this experienced professional will blow your mind every time!Having spent time learning musical instruments and playing in bands since he was a child his research into electronic music and production began with DJing at small parties in the UK where he is from. In the year 2001 he began to produce Psychedelic Trance music under the name Compressor with friend, James England, whilst living and partying in London. During this time he joined twenty4seven records with several successful releases. By 2004 he had left London to study music at university in Brighton on the south coast of the UK and began releasing his own solo work as Sinerider. Around the same time he began work with another partner, Hugo Rendell with whom he created the project 'Antispin', a slightly more aggressive night times ound.In June 2014 Sinerider released his debut, full length album entitled 'Pure Tones'. After previous V/A and EP releases dating back to 2006 and with almost nearly 15 years production experience expect only the very best quality music.