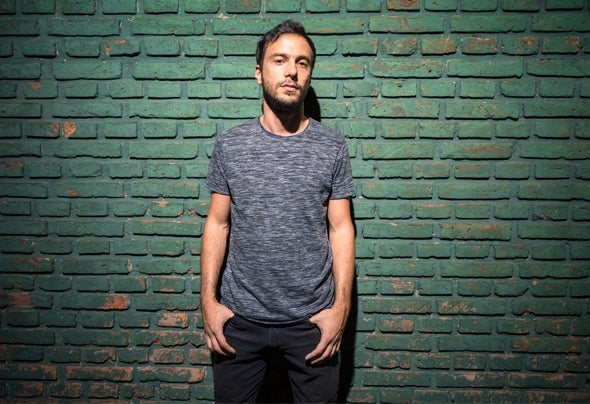 Nicolás Rada was born in April, 1986, in Buenos Aires, Argentina. Since childhood, he has loved percussion; and once he grew up, he started studying piano. Time gave him not only experience, but also a breakthrough in new trends of electronic music, and consequently, the challenge of creating his own productions.His favourite group is Radiohead, band from which he acquired dark and melodic sounds. Within electronic music, he has been influenced by some famous deejays like Danny Howells (his favourite one), John Digweed, Hernan Cattaneo, Guy J, Nick Warren, Guy Mantzur, Stephan Bodzin, Dosem, Sahar Z, Martín García, among others; so this way, he continued going foward the dark sounds of Progressive House, Tech House, Techno and Deep House. His distinctive feature when mixing, gained from all this influence, has been the characteristic that stands out in all his shows.2007 was the year in which he started producing professionally, and from that time on, his musical growth was notable. Many of his projects were supported by international DJs. Some of his most remarkable tracks, as ‘Energy Flow’ of Mano Le Tough, ‘Everything In It’s Right Place’ of Radiohead and ‘Man I Need’ of Jawar Ma, received the reliance of Hernan Cattaneo and were played around the globe. Not only many night clubs and bars from Buenos Aires, but also a lot of provinces of Argentina, enjoyed Nicolás Rada’s performances. During 2010 he travelled around Mexico, together with his friend Nicholas Van Orton, and played live in many pubs of that country.