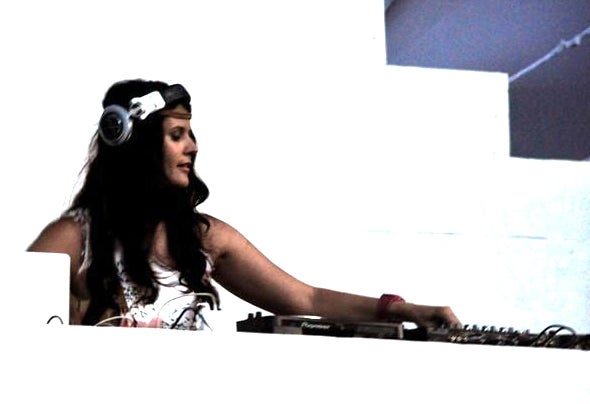 Thatha had her first contact with Psytrance in 2000, which made her very interested in working as a Dj.At the end of 2002, she began her career mixing vinyl records, and attending the alternative scene in Brazil, has identified herself even more with Psytrance and decided to turn into a professional Dj.Thatha has a psychedelic and sophisticated style, adapting herself perfectly to the dancefloor, never losing her concise base in the underground. With an outstanding technique, her music is full of rhythm, lightness and charm.She produced tracks with renowned Brazilian artist Burn in Noise. Two are in his second artist album “Passing Clouds”, one released at Utopia Records and the much acclaimed track “Pink Noise” released on an EP by Vagalume Records.With this experience, Thatha dedicated herself in her own productions and now makes her solo live act called "Altruism."In July 2010 Thatha launched her first compilation, Magic Mirror, by Vagalume Records, which includes three Tracks of her Altruism project. Magic Mirror was one of the most selling CDs, staying in the Top 10 BeatPort for consecutive weeks.Thatha has performed at many partys, clubs and festivals around the world such as Vuuv Festival (Germany), Summer Never Ends Festival (Switzerland), Sonica Festival (Montenegro), Fullmoon Festival (Germany), Ultra Music Festival (Russia), Universo Paralello (Brasil), Monte Mapu Festival (Chile), Trancendence Festival (Brasil), etcWith a great feeling and very psychedelic music, Thamara Cruz, has become a highlight in the Psytrance World scene.For more information, photos and agenda, visit www.myspace.com/djthatha www.facebook.com/alt ruismlive