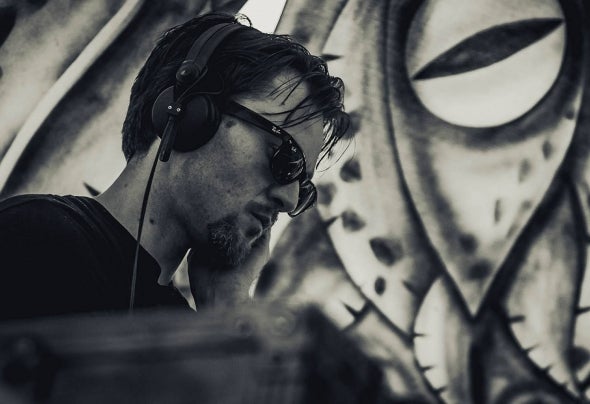 Audiotec is a Solo Project By Miki Damski, from the southernCity Beer Sheva, located in Israel. During the beginning ofthe 90's Miki's good friend show him some new Vinyl's hegot from Germany while he was traveling, for Miki it was new experience, they even didn’t know what they are listening to,it was a new kind of sound for them that was called 'Acid Techno'. For Miki it was a new era and since that time hewas on the search for all kind of new materiels, and slowlyhe discovered the Psychedelic Goa Trance, that got biggerand bigger across Israel, and he started visiting on theweekend on Underground open-air events and slowly he felt that his vision was to try and create this kind of music, and during the end of the 90's he build his own first studio and started to try to create music and to develop his own vision using inspiration from DJ's / Producers, such as, Mark Allen,Simon Posford (Hallucinogen),Space Cat, Man With No Name, and more.'Audiotec' first track that was released called 'Di Temp it was during the year 2003, it was on the Israelibased label U.S.T.A Records V/A compilation called 'Shout ItOut' along side artists such as, Bizzare Contact, BeatHackers, Neelix to name a few.Since his first release he got many positive reactions and feedbacks and during 2003 he kept releasing his music on variety compilations on respected well-known labels around the world.During the year 2004 he got request from Utopia Records to join the label as a label artistUtopia included already well-known artists such as, Vibe Tribe, Ananda Shake, and many more. And during that yearMiki released his debut album 'The Magic Of Love'.And after the album was released Miki started his world-wide tour, traveling and playing major festivals and clubs on countries such as, Brazil, Mexico, Japan, Germany, Russia, India, Korea, Denmark, Switzerland, Israel, Italy, France, and many more. After two years of traveling and working in the studio on Audiotec second album, in the beginning of the year 2006his second album 'Freak Show' came out and it wassomething new that he brought out, combining Psychedelic Trance with Full On drive and fusing Goa elements, it wasdeep and hypnotic and create a big buzz around Miki, and it included inside some tracks that become an autumn onmany dance floors around the globe, such as, 'Deep Up','Freak Show' and 'Liquid World'. When the album releasedMiki started his 'Freak Show - World-Wide Tour', andreceived huge support.After long 4 years of traveling and playing around the world, Miki was trying to find a new way to re-new his own music and sound and it took him 4 years tomake it, he didn’t want to bring another album that will be sounding like his last album, he wanted to create something fresh and 'Artrance' came just in time. on 2010 once again Miki is creating a huge buzz around himself receiving amazing feedbacks and many DJ's dropped his music on their sets.on 2011 2012 miki tracks was released 2 eps that contain 6 tracks the first was called Wild Dreams and was released by utopia records with a maasive hit called tears of the sun that made with electro sun. other ep was release with Planet ben records called minds network with some new fresh tracks made with space cat and some more versus artists.