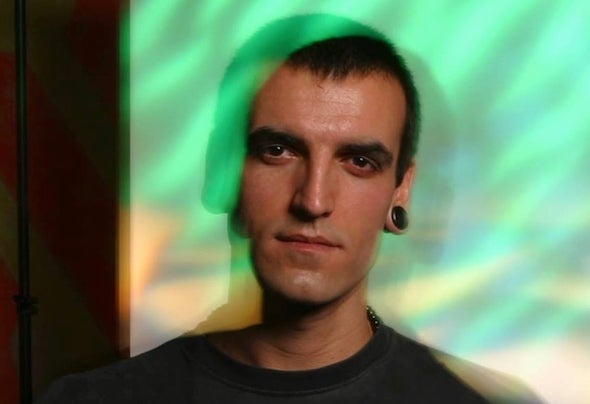 Nectarios Meidanis was born in 1978 in Athens, Greece. He is a pisces so naturally he got involved with arts.His first encounter with music was when he was tall enough to reach the record player in his living room and play his mother's records which included John Coltrane, Miles Davis, Frank Sinatra, Carlos Santana, Joao and Astrud Gilberto, Stan Getz and his first encounter with electronic music that had a big impact on his musical personality, was Michael Jackson's "Thriller" and the brilliant soundtrack Jan Hammer did for the "Miami Vice" series.He has been releasing numerous records since 2002 on StreetWise, Distinctive, TCR, Brighton Breaks and has reached the Beats 'n' Breaks #1 spot on DJMag and Mixmag in 2004.He has played the big clubs in London, Fabric, Ministry Of Sound, The Fortress, The End, his music has been featured on Annie Nightngale's BBC Radio 1 shows, Kiss FM, Capital, to name but a few and he has released tunes in Distinct'ive Breaks Records' Y4K compilations sharing the track list amongst people like The Chemical Brothers, Future Sound Of London, Orbital, Gus Gus and Way Out West and has also been included in The Fabric Live compilations.Then came the techno music, where he has released music with Dieb Audio and Dave Seaman's Audio T herapy label and as of recently on the new Tago Mago imprint and Gee Spot Recordings.But he is not a one trick pony...he also produces psychedelic trance, released two albums, 4 EPs and a few singles under the Unison, Disco Hooligans and the Martian Arts projects on some of the most respected labels of the genre, including Etnicanet, Neurobiotic Records, GoaProductions, Mutagen, Blue Hour Sounds, Phantasm, Ektoplazm and Hyperflow.