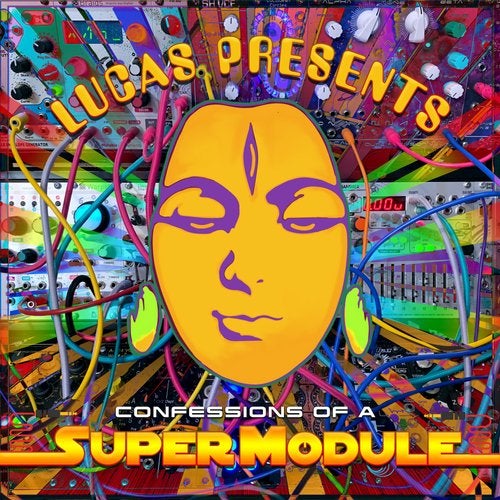 LUCAS O'BRIEN, TIP Records' label manager and one of the world's most respected PsyTrance DJ/producers, proudly presents the name of his solo project.. 'SUPERMODULE', inspired by his passion for modular synthesis.
Over three years in the making, Lucas has been polishing these gems in-between his extensive touring. 'CONFESSIONS OF A SUPERMODULE' is his 3rd studio album following on from his previous chart-topping classics: 'Tales of Heads' and 'God Save the Machine'.
In order to vary the sound, dynamic and fun making the album, Lucas collaborated with several of his top producer friends such as AJJA, DICKSTER, LAUGHING BUDDHA, SONIC SPECIES and MARTIAN ARTS. The album also features some of his other projects like SYBARITE, Lucas' project with Ric Featherstone, teaming up with label mates OUTSIDERS to produce a seriously chunky psy-blaster.
Following the success of 'Kiss My Acid', Lucas' first release with Celli EARTHLING earlier this year on Zero 1 Music, they formed an exciting new live project called 'MANDELBROT' whose music has been lighting up dance floors across the planet!

Raja Ram had this to say about the SUPERMODULE album:

'Lucas in charge of the voyage...... into the unknown, but every note a delicacy, and powerful prompt to make you get off your ass... and move your body......
this is the perfect storm../....and each wave of electronic pulses carries you away on a kaleidoscope of sound, which in turn, goes into the central nervous system of hedonistic delights, a cornucopia of psychedelic.. hi peakage which, makes you gasp and smile, and wriggle/and your feet just cannot help themselves!
THUMPY RUMPY HUMMPY.....the Kick drum has been approved by the Demented Peacock Society... but with a health warning, DO NOT LISTEN TO THIS MUSIC QUIETLY... this is music for tripping or sipping, landing or standing, but the itch to twitch is relentless.....
Each track on the album may kill you through astonishment, but it's worth it. These powerful stonkers set the bar so high that another bar had to be set on top of the first bar..... a lot of bars... a lot of notes........but the seamless glissando of an Amazonian Albatross echoes throughout eternity.....and this music is long life, no additives, fresh as a dewdrop at dawn.. pour it into your ears, and have a holiday.'

Lucas presents.. Confessions of a SuperModule