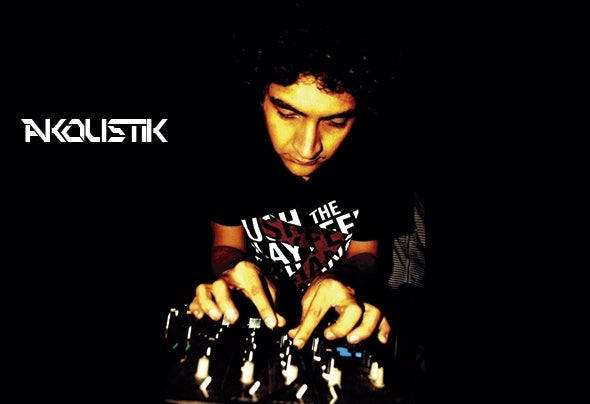 Edwin de la Cruz was born in Mexico City, on September 12, 1992. He began his career as a Dj set by the taste for electronic music, and playing at local parties at the age of 16. In 2010 decided to start with his first project as a producer, this called with the name of "Power Noise" dedicated to psytrance music with that continues today.His fascination with music was on the rise, listening to genres like psytrance and progressive trance. Consecutively from his talent and the success of his first work, decides to undertake new routing your career goals with a larger project, a project that no one imagined the success they get, the great fruits and places that this would reach that success is born in 2011 named "AKOUSTIK" highlighting his talents to what the progressive genre, driven by strong melodies that satisfy the ears of the listener, definitely a musical delight project, which captivated majors and groups with whom he has collaborated. Forming part of Paax currently Kahn Music & Play Label Mexico, its success include one of the largest producer in the world that is Night Vision Recordings (Germany), which fixed their eyes on him, for the great effort, work , dedication and optimism that given to his great project.The great music produced by this young man has been known in a large venue for their strong melodies and obviously up and unmatched style.