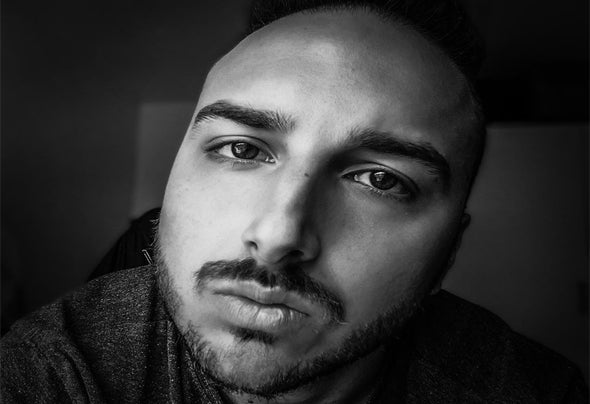 Tommaso Cevoli, aka Atomos, is born in 1992 in Bologna, Italy. Since birth, he grew up surrounded by music, thanks to the passion transmitted by his mother. The philosophy was - speak with the music. In the childhood house, there were always chances to play any kind of musical instruments, from piano to percussions. Since fourteen he started playing the electric bass, undertaking professional courses and also playing in a metal band. Year after year, his passion for music didn't change and Tommaso became very attracted by electronic music, particularly fascinated by low bass frequencies. In 2014, he met psytrance and immediately fell in love with it, being fascinated by psytrance festivals. In 2016 Tommaso started to produce original psytrance music, giving birth to the project Atomos. In 2017, Atomos started a collaboration with Geomagnetic Records, thanks to the trust of Dj Acid, who connected Atomos with the owner of an important record label, DoctorSpook. In these years Atomos released on Parabola Music Chronicles EP (2017), Lost Frequency EP (2017), Vimana EP (2018) and Terraform EP (2019). At the moment Tommaso is an ocial 3BA Hons student at Point Blank Music School of London.