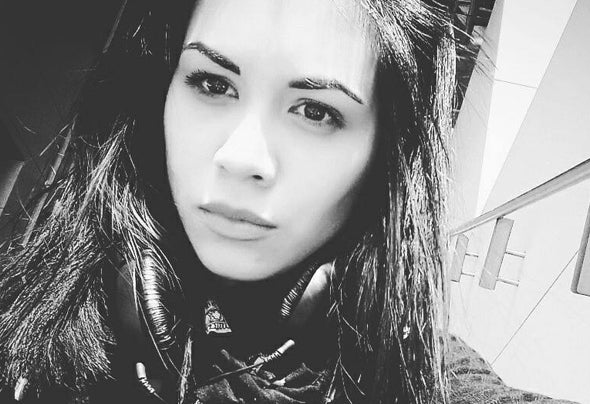 Tmina aka Mina Matic was born in Serbia and hails from a small peaceful town called Sremska Mitrovica. From her early years, creation was always in Mina's soul and mind. From a very young age, Mina became a highly skilled creative artist.  Her passions included: painting, designing, singing; in many choirs as well as alternative metal bands. Music was forever rolling in her creative mind, and this inspired her to work hard on many projects. As time passed Mina became really intrigued and interested in electronic music and very quickly decided she wanted to learn how she could make her sounds. After many years of blood, sweat, and tears; lots of effort - trying to build on her ideas, and to mix different genres into one concept - she was ready to present her craft to the world and her project Tmina was born! Tmina is a project focused on progressive house and techno sound with an edge of psychedelic. Her sound refuses to be pigeon-holed; and is a combination of many musical genres, fused succinctly into one epic conceptual project.