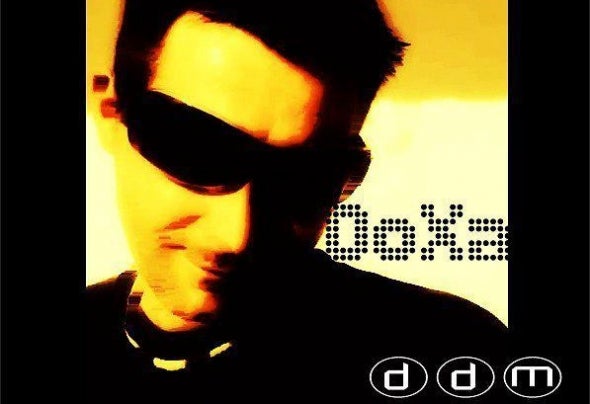 Real Name: Domeniko Misulic Artist Name: DoXa Born: 25/04/1977 in Zadar, Croatia.In 1985 He left Croatia to live with his father in Vienna, Austria, and it was there that he came into contact with some numark cdj's and technics 1200's when he was only 13 years old.At the age of 14 in 1991, He became resident in 2 Vienna nightclubs, One was owned by a Croatian, and the other by an Egyptian; and in the same year he bought his very first set of technics turntables and taught himself how to mix! The Egyptian Owned club was where he started to play electronic dance music, namely acid house and techno: Carl Cox, Sven Vath, West Bam, Adam Beyer and Karotte being some of the major influences on him at the time.In the Croation owned nightclub he played normal dance music, but his real love was with techno. 1995 saw him move permanantly back to Croatia, and it wasn't long before he was dj'ing at parties and private events there until about 2003, at that point minimal swamped the club scene, and that was a turning point for him as i didn't want to go with the mainstream, which is why he essentially stopped dj'ing for what felt like 7 long years.During 2010 he was invited to some local parties, and it was there that his love for techno was still very strong, but now he was also interested in HOW the music was made, so towards the end of 2010 he decided to buy Ableton Live and started to make his own productions. Shortly after that, he bought some Pioneer cdj 400's, A CDM 350 Mixer, he also produces his own monthly mix sessions but most of his time is now spent on production. Now, his first EP has been released (03/10/2011) on Cosa Nostra Records, a sub label of Corrupted Data, Titled: Back On Track Cat. COSADIG002 The EP Includes Remixes From Wyrus, Almir Ljusa, Mark Rey And Thomas Will. In Addition to that, his remix of Almir Ljusa's "Japan" is being released on Sergio Pardo's Tekno Crew Records. He has more tracks and remixes coming soon, This December a remix of Skymate's "2011" is released on DJ Gumja's Techsturbation Label to name just one, with other releases to follow.He has recently completed a remix for DJ Sergio Pardo's "Pole Position" seeing a release on Sexy Grooves Records Soon. His latest track "Hard Grooving Irene" is Released on Red section records (CAT. RED013), and Available at all the Major Online Stores like Beatport, Trackitdown, Juno Download and at all other Online Shops too, with another remix project for Envenom Records it ́s released namely Pucet's Track - Bross (DoXa Remix).Last but by no means least, he has an upcoming release DoXa Called "Another Brick in The Love" EP For Unaffected Records With Remixes By Malda, Norman Andretti a.k.a Quarill, Elaps, Proteck and Lia Organa !!His new Remix Project for Envenom Records and for Thomas Will ́s Track - No Dancing Cream (DoXa Cream Remix) will be Available @ all Major Dj Online Stores 18.June.2012.!!!! ;)) Grab Your Copy of this Boomb Remix ;))His Track Project Alice is just being released on BK Electronics as a V/A - BK Killer EP !! Including Awesome Artists like Bojan Kojic, DarkSoul, DoXa, Homma Honganji, Mario Montero, Norman Andretti, Sceptical C, Sergio Pardo, Tek-No-Bee, Thomas Will and Zule !!He also Started a Brand New Project with an Awesome Voice by Kathy MK and allready working on a track together named DoXa feat. Kathy MK - Back To Time (Original Mix) and also on a new Track called - Summer Lions (Original Mix)He also founded a Label to the end of 2011 Managing it together with Kathy MK - Techland Digital Records where they aim to release high quality tracks from Tech-House to Hardgroove and Psytrance from known and respected Producers aswell as from upcoming new Artists stay tuned more info follow soon about this !!!Demo Tracks: techlanddigital@hotmail.com Booking Contacts: djdoxa@live.de Remix Requests: domeniko77@hotmail.com