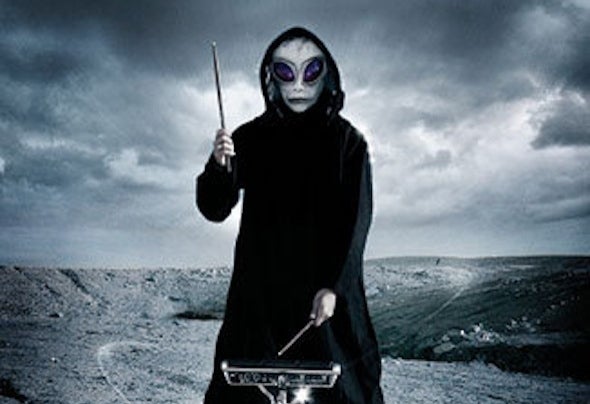 MINIMAL CRIMINAL is a psygressive trance project from Brazil currently based in Israel and operated by Valerio Zhyin. Valerio performs unique live sets with the alien costume, live MIDI drumming, and theremin. Valerio Zhyin and Bruno Echoes started the project in 2004 in Rio de Janeiro. As of 2014 the official Minimal Criminal is Valerio Zhyin. Minimal Criminal have performed at parties and festivals around the world. Their first full length album, "Minimus Maleficarum" , was released in November 2010 through Cosmic Conspiracy records. After that, various tracks have been released in a variety of compilations by many labels. In 2016, a second full-length album, Valerian Tales, and the Zeuhllander EP were released by Quantum Digits Recordings. In 2017, another full-length album, Alien Anthology, was released by Soulectro Music.