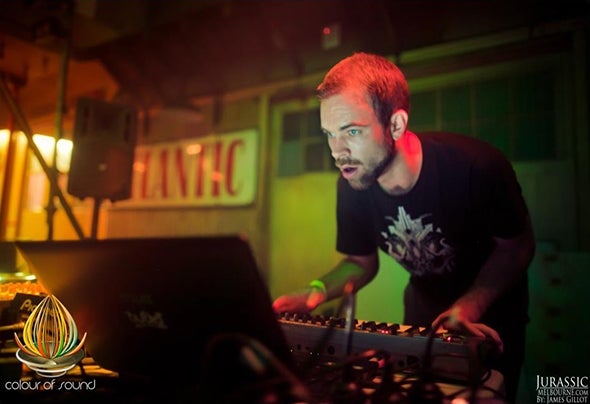 Hypnagog is a musical project of Felix Greenlees aka Terrafractyl and Mental Extensions.After years of writing Psychedelic dance music and experimenting with plenty of other sonic forms, Felix started to spend more time listening to downtempo, psychedelic breaks, IDM and the like. It was time to combine these styles with his own to create some kind of hybrid, beat driven, yet melodic sound.As the project has progressed, Felix has also been experimenting with a kind of jazzy progressive trance and has been working to combine these 2 styles into what could maybe be described as Psychedelic ProgStep. As always, his music is hard to describe and difficult to put into boxes and has been surprising and exhilarating audiences around the world for the past couple of years.He has released two EP's on UP records , 'Dreaming in Pieces' (2009) and 'Gyroscopic Bebop'(2010) , and last year he released another EP, 'Infinite Vibrations' on Adapted records. Next on the cards is the first full length Hypnagog Album 'Thematic Mathematics' to be released in mid 2013 on his own label Kinematic Records.