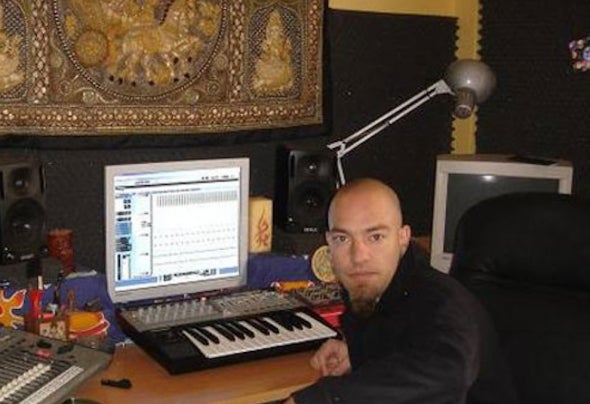 Born in Athens in 1978, Fotis aka Alchemix is a dedicated music producer involved with electronic music. He learned how to mix vinyl at a very young age, mostly acid and later progressive house tracks, and has had gigs at big nightclubs in Athens. In 1995 he discovered psytrance and fell in love with the new sound, the deco and the vibes of the people. Making his own music was always his dream, he started to experiment with software and hardware at the sound engineering school, where he studied audio, but it wasn't until 2001 that he managed to buy his rst synth and start going deeper in to music production. Later on, he launched his project Alchemix and performed live and DJ sets around Greece, Italy, and Spain and released music on Geomagnetic, Goa Records, Ovnimoon, Power House, Neurobiotic, Plusquam rec, YSE, AP records, AiAM project rec, Synchro music, Wired music, Synergetic rec, and Planet Ben rec. In 2006 he moved to Madrid, Spain, made his new studio, ready to spread his music around the globe.