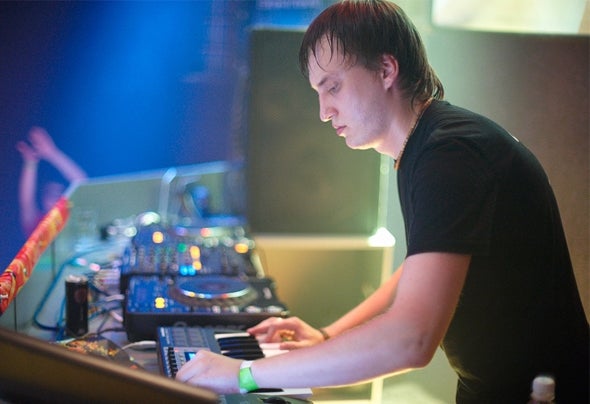 Artsense is a Russian psytrance project led by Vladislav Malkov. Everything started for Vlad in 1998, when he began experiments with different styles of electronic music. He spent lots of time on working and getting more experience in various professional audio equipment and software tools.At the same time, he worked on playing a solo guitar and wasa part of a rock band. But he has always dreamt of creating his own sound with the full control on all instruments in music. In 2006 his musical tastes turned to psytrance and as a result Vlad created his alter ego ́Artsensea and started his first releases and live sets. In 2010 not longer before his sound became recognizable he released his debut album ́Primea which has received support from many DJs and listeners around the world. In each track Vlad emphasizes on the importance of musical innovation and originality, as well as on the high quality production. ́Every track has to be truly special and unforgettable, since all music is ARTa,Vlad states.Abit later Vlad was back with his new EPs and other releases from labels like Nutek Records, Fractal Records, Hadra Records, Dacru Records, Planet BEN and Geomagnetic T V. By now Vlad has already played in France (Hadra Trance Festival 2010), Switzerland, Germany and many cities in Ukraine and Russia with the world known names like Infected Mushroom, Astral Projection, Electric Universe, Bliss, Painkiller, Azax Syndrom, Avalon, Yahel and many othersÖ So check out this page for news and updates and be ready for new dance floor stompers!