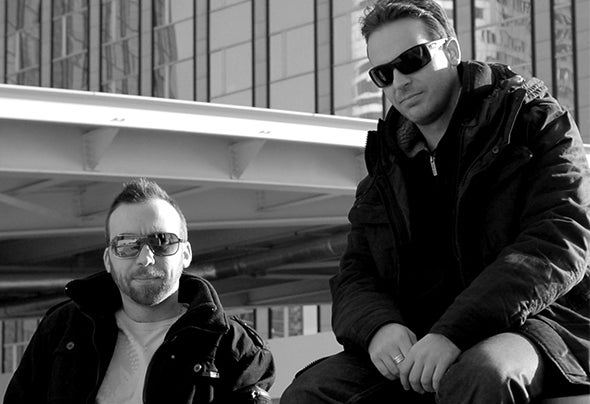 XSI is a French Psy-Trance project of 2 members, Bart Rossi aka STRYKER & Jean-Marc Segondy aka BIONIX.Due to a meeting that was bound to happen in one of the most famous club in paris, The GIBUS, where they were both resident DJs for 2 years, the trance band Xtra Sound Independant was born as an active hit maker.The first XSI album « Warning Zone » (released on Mind Control Records) was very successful, leading to major bookings in some of the biggest international trance events such as XXXperience in Brazil, Arcadia and Action in Japan, Freedom Festival in Portugal and Beat Patrol in Austria.They've played in many other countries such as Mexico, Switzerland, Germany, India, Serbia, Russia, Spain, Nepal, England and many more. In 2009, they released 2 more successful albums : « XSI & Friends » (Phantasm Records), and a collaboration album as « Talamasca vs XSI » (Mind Control Records).At the same time, Jean-Marc launched his solo project : BIONIX.In 2011 they released a banging EP ‘’Drop In This’’ on Hommega Productions, at that time the Full-On leading label.In the same year they also created United Beat Records with there friend MAD MAXX with who they’ve made a very avant-gardism project : WILD MONKEYS.Getting known for the edge of their production skills, Bart is now a major mastering engineer on the trance scene with XSI Mastering.So in between touring and engineering work they give 3 years to finally release their album Dancefloor Apocalypse in march 2014. A pure Psy-Trance bomb that is now played all over the world, be ready for the « Apocalypse World Tour » beginning on fall September!At the end of 2014, Bart will launch his solo project STRYKER as well, so stay tuned it's gonna be massive!