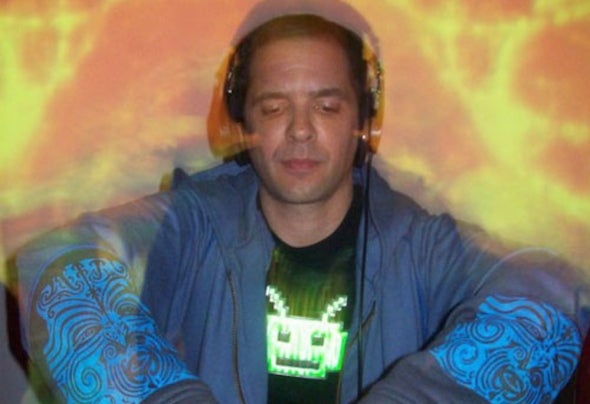 AINUR is the DJ Mad ́s musical project. Considered as one of the best Trance and Psy Trance Djs in Chile, Mad had his DJ initiation in Spain, and was in 1991, when the electronic movement was a revolution in Europe. Since then Mad has been part of Dj and Sound Engineer at the main parties and festivals in Southamerica, like Earthdance Chile, Moonbow Festival (Argentina), Love Parade (Chile), Moonower Festival (Argentina) and Montemapu (Chile). He has been playing in other countries like the Netherlands, Belgium, Spain and Perú, bringing to the people a new mixing style. In 2007, Mad starts to make his own music under a new name: Ainur. His depurate technique and his nest music selection of his sets (playing only original music !!) have made that Mad has been playing with the biggest psytrance artists like Infected Mushroom, Talamasca, Yahel, Swarup (Universo Paralelo), Protoculture, Sam (Chaishop), James Monro, Eat Static, Shane Gobi, Quadra, Perplex, Alien Project, Arkanoydz, X- Dream, The Commercial Hippies, Penta, and many more. Since 2009 Ainur is releasing his music in several record labels, such as Naturall Productions (Belgium), Ovnimoon Records (USA) and Banging Grooves Records (USA), making also some downtempo collaborations with dutch classic musicians as Johhny Suitela. Since 2010 Ainur is established in the Netherlands, making the connection with the European trance scene.