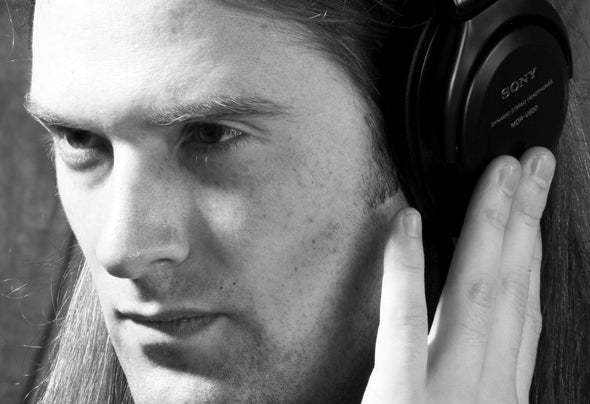 Known affectionately by fans as “The Disco Wizard”, Planewalker is “a musical force of nature” and “a multimedia monster”. He is a producer, DJ, VJ, graphic designer, teacher, magician and party decorator. He has shared the stage with some of the most popular names in electronic music, including Electric Skychurch, Rabbitt in the Moon, Sirius Isness and ESP. His tracks are in compilations alongside the biggest trance artists in the world, including Solar System (DJ Mag Top 100), S-Range, Atomic Pulse and Chromatone. His music has been downloaded over 50,000 times and reached over 50 countries. His Metakinetics YouTube channel has amassed over 50,000 views. He has over 24,000 plays on his Soundcloud alone.Seeing Planewalker perform a live set is like watching a magic show - there's always something new and interesting happening on stage. As versatile an artist as Moby, he somehow manages to straddle the abyss between mainstream and the fringes of reality, drawing in fans from all sub-genres of electronic music much like Shpongle or Aphex Twin. One of the best elements in his compositional style is the constant change-ups where the music can suddenly shift gears seamlessly into another genre altogether. The best example is Kabbalistic Kazoo, a ten minute epic which somehow manages to morph from trance into bluesy sixties swing music and then into a long dub- step breakdown before ending once again with trance.As the artist puts it, "I don't think appealing to a genre is the right approach to maximize creativity, because you are always working inside a box. When I sit down to make a song, I don't think genre - I start with a tempo and just see what happens. Still, it usually ends up sounding pretty crazy and these days there’s a lot more wobble in the tracks. I think I am getting hooked on psy-step."Despite the heavy electronic influence, Planewalker's sound has its roots in the guitar. He explains, "The first time my mind was blown by music was when I heard Eddie Van Halen's guitar solo 'Eruption' on the first Van Halen album. From that moment I knew I wanted to be a guitar player." His passion for the guitar led him to becoming a huge Joe Satriani fan, and eventually landed him a guitar scholarship at Berklee College of Music at the age of 17. But in Boston his music took an unexpected turn. As he says, "I was living on the third story of an apartment building, and on the first story were a couple of DJs always having house parties.At first I couldn't stand it, but they wouldn't stop so I figured if I couldn't beat 'em, I'd join 'em." The following ten years saw his slow departure from a shredder to a dance music producer and DJ, heavily influenced in his early days by LT J Bukem, Roni Size, Goldie and Infected Mushroom.Recently he has been getting back to his roots, which for him means playing the acoustic guitar and remixing his father, Michael Martin Murphey. Michael is the writer of the 1972 hit “Wildfire” and is still one of America’s best-selling singer/songwriters with over a million records sold. Planewalker’s recent influences and musical collaborators include Phutureprimitive, Random, Knowa KnowOne, Future Simple Project and Osiris Indrya. His performances in 2010 saw the introduction of synchronized visuals and live instrumentation over his mixes. The combination magnetically draws even die-hard wallflowers to the dance floor. Since in front of the audience is where he really shines, it is definitely a welcome advancement. Planewalker is taking electronic dance music in a new direction - toward a highly interactive and all-encompassing sensory experience blending light, sound, synthesizers and acoustic instruments into a futuristic tempest of mind-blowing proportions.