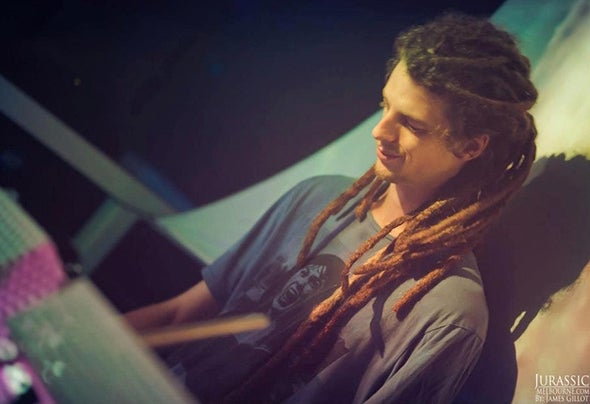 The Ryanosaurus sound is a monstrous mix of phat basslines, glitchy soundscapes, emotive melody and a sly playfulness. The project walks the line between minimal progressive and full on psychedelic trance, with frequent forays into foreign styles and influences.The project begun as a place to release the solo work of Ryan Whare from Australia. With a drive for interesting but crisp and powerful production, the psychedelic trance genre was an instant attraction.After years of cutting his teeth on the local Sydney scene and writing with Mr Bill for his duo project Electrocado, Ryan begun releasing Ryanosaurus on well known free music distributor Ektoplazm.com and quickly built up a following for his unique style.Ryanosaurus released his debut album 'Yūgen' with Zenon Records in May 2013 to great aclaim and has also released music with Kinematic, UP, Another Psyde and Hass Records.