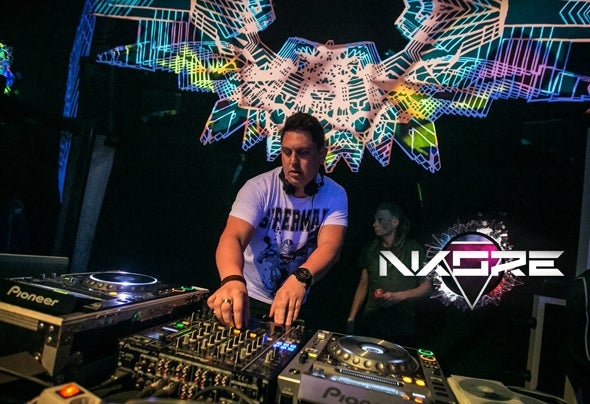 French born, N-Kore aka Olivier Lenfant is one of the London’s most exciting psytrance artists. His releases on Biopulse records have gained him the respect and attention of more illustrious psychedelic producers and have rocked the dancefloors in Europe.N-Kore started his career as a DJ playing for Triptonarnia/ SecretSoma having an immediate impact and has since been a regular to every event in the London and UK scene. As a result, he has developed a strong following, has joined forces with the strong UK label Mutagen Records and is considered by his fans as the Gaelic Maestro.Originally a Progressive DJ, his sound has developed into more electrifying Full On. From funky dirty beats to insatiable driving rhythms with a euphoric twist, his sets are of the highest calibre and will send the crowd into complete ecstasy.Having toured all over England, Ireland, Holland, France and Germany, N-kore has played at some famous venues such has Fire, The Qube, Heaven, Massilo (Rotterdam), DoReMi (France), Club 414 alongside some of the world’s most popular DJ/Producers like Astrix, Tristan, Avalon, Talamasca, John 00 Fleming, Coming Soon, Sonic Species, Laughing Bhudda, Nikki S, Sinerider, Kim, Man with No Name, Egorhythmia to name a few.