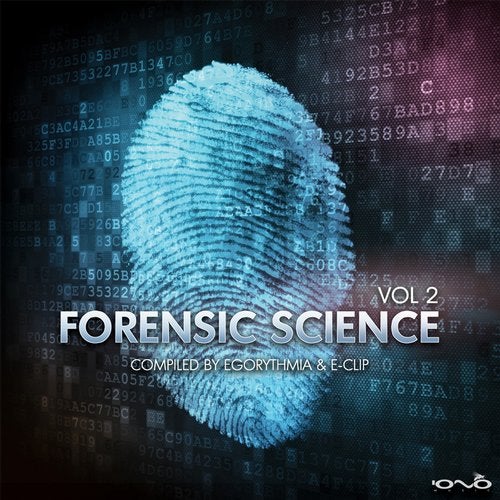 Just when you thought the previous case was solved, 9 new tracks came to break the balance of the peaceful life humanity had thus far. Shaken, not stirred, the police and all law enforcement came to the scene to discover traces of what many describe as a menace to society, they realised it could be no other than Forensic Science vol. 2, while the evidence from the remaining DNA showed clear correlation to E-Clip aka Marko Radovanovic, from Belgrade, Serbia, and Egorythmia aka Boban Lazovski, from Skopje, Macedonia.

Going deep into the psychedelic scene, worldwide Special Forces officials tried to start looking for evidence at Sad Paradise aka James Copel, and discovered what might be the first lead, what they call a Super Junkie. But then they received intell that another witness has just jumped from a Skyfall and consequently created a Triplet which made the whole investigation much more difficult to decipher. When they arrived to Ritmo aka Dubi Dagan, they knew The Way We Are, and therefore had to summon Lifeform aka Charlie Molden and Maor Tsemah, to concur that the clue was substantial enough. However, once Zyce, aka Nikola Kozic & Aquafeel aka Vladislav Koumpatidis came into the picture, some doubts were being raised as they were blind by the notorious creature that claims - I Am the Sun. But of course, just when you least expect it there was a twist to the plot - Ace Ventura aka Yoni Oshrat & Darma aka Adam Belo who sprung into action with Acidcore in a new modulation made from Egorythmia.

That wasn't the last they heard from Darma, because he came back with his own unique Paradigma. This has obviously invited Roger Rabbit aka Rotem Doron, to intervene in a Single Snapshot which caught everyone off guard. While trying to regain conscious they encountered the Time Travellers Egorythmia & E-Clip which have been sent to our present time to change the world as we know it. After the change has occurred then a Mental Universe could be built on top of all the familiar reality we were used to and be reshaped by a Sonic Entity aka Nikola Gasic.