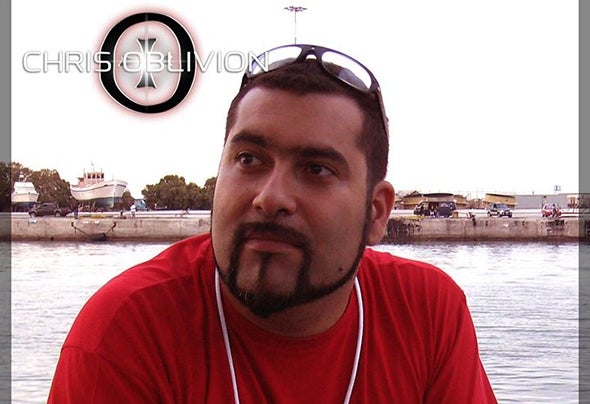 .::MEDIA CAREER::...He started his radio career in 1991 at HOT LIPS FM and one year later he moved to HIT FM where he stayed for 8 months presenting an after midnight talk show. Next stop was LIFE 89,2 FM where he presented “N.K.A. Talk Show” and “Project Stavropoulos”. The last of his 3,5 year stay on LIFE 89,2 FM was the birth of his -until today existing- radio show “Insomnia”. Next stop was NRG 105,5 in the summer of 1998 and after a year he moved to his next stop on the media, BLUE SKY 107,2 FM presenting “Insomnia” every morning untill 2001.After the radio stations were shut down by the goverment he produced a weekly late night tv show at BLUE SKY TV under the same name while at the same time he was in charge for the night zone turning it into a “dance zone” for the tv station till the end of November 2001. In 2005 he joined the crew of Free Radio 98,0 Fm Athens continuing the “Insomnia” legacy while he parallely did a weekly radio talk show for Hotstation.gr on the web. In 2007 he became the head programm manager of Free Radio 98,0 Fm Athens while he continued to host “Insomnia” till 2010. In 2010 he established the LIFE 892 RADIO on the web along with a friend making it one of the most respected underground electronic dance music web radios in Greece. Now he still hosts his show “Insomnia” on a bi-weekly basis while he also produces the “Destination Sunshine Radio Show” which is being broadcasted weekly for various FM and Web Radios all over Greece....::DJ CAREER::...As a dj he first touched decks at OASIS club in 1990 and after various small events and residencies he became a resident at: Trancemedia, Battery, VIP, Lollapallooza, Staff, Berlin, 7th Heaven, Tribe and many other clubs. His appearences in the clubs were many: +Soda, Underwear, City groove, Mad club, Liquid club, X-movie theatre, Dom club, Horus club, Iguana, Versus, Soho, Amnesia, Umatic and many open air events around Greece.He was the co-founder of Dance 2 Trance parties in 2000 and the Syrup de Musique events. He also took part as a resident dj at Tribal Trip events.All events were Trance and Progressive oriented supporting the local Trance scene.In 2005 he became the headliner of Liquid 90s Events and Popotronic Events, retrospective parties of the 90s clubs cene. successfull radio and TV show.He has appeared as a supporting act for several guest in Greece such as Paul Van Dyk, Transwave, Astral Projection, Dj Savage, Union Jack, M.I.K.E. Push, Three Drives,Airwave, Art Of Trance, James Monro, Jochen Miller, Roger Shah, Aly & Fila, Dave Seaman, Har-El, Simon Patterson, Bryan Kearney, Tiesto, Claudia Cazacu, Anthony Pappa, Sied Van Riel, Solarstone, Daniel Wanrooy and many more....::PRODUCT IONS::...As a producer C.Stavropoulos has made quite a fewremixes for several Greek artists such as Vika, A.Andreopoulos, and Marila. After several years of producing tracks his first Official solo release came from Ocean Drive Records in August 2008 under the name “Deep Oblivion”. That's when the “Chris Oblivion” alias was born since he started getting more and more into the EDM Industry releasing productions like “Your Bravest Knight”, “Telharmonium”, “Arm Your Angel” and “Anger Days” while many of his remixes can be found in several artists. His background as an active sound engineer, his studies on that topic and his experience in working at recording and post produtcion studios for over 15 years, made him experimental and very selective on his sounds. Chris Oblivion's current and future releases feature on labels the likes of Perfecto Fluoro, Brainmapping, Heaven Sound, Blacked Out Recordings and Ovnimoon Records.During winter of 2002 C.Stavropoulos has been organising parties under the name INSOMNIA as a follow up from his