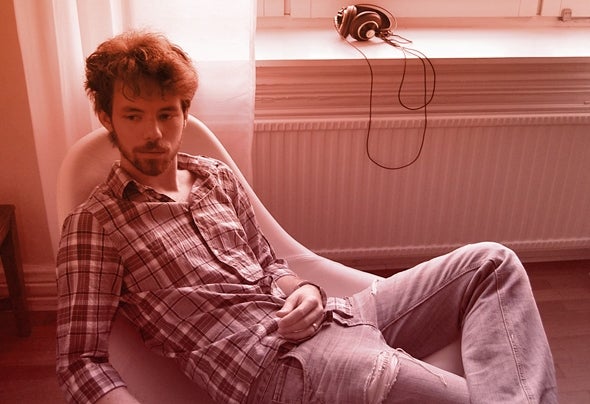 Producer, songwriter, DJ and record label owner; at 27, HÂkan Ludvigson has already begun to make an imprint on the electronic music scene. In September 2011 he is taking the big leap as an original artist, releasing his debut artist album ìSoulroomî on CD on his own Substream label. IN HIS STUDIO in downtown Gothenburg, Swedenís second largest city, HÂkan is living and breathing electronic music. Up to 2011, his productions have been mostly house and techno, engineered for DJs and clubs, released on vinyl. With his album in 2011, he is now moving into radio- and headphone-friendly electronica. H≈KAN has been DJing and producing professionally for four years now, gradually building a name in the industry. His work has been played by DJs such as The Swedish House Mafia, Eric Prydz and Steve Lawler and has been remixed by Japanese legend Ko Kimura and Swedenís HÂkan Lidbo. He has also been handpicked and introduced on-air by superstar DJ TiÎsto, featured in his weekly radio show three times, and remixed for labels such as EMI and Ultra. AS A DJ, HÂkan is frequently playing clubs in Germany, and has built a name for himself in China, touring across the country several times. The past four years, he did 150 shows in 35 Chinese cities. He has played side by side with UK superstar Eddie Halliwell and headlined the legendary nightclub Absolute House in Shanghai ñ a club that used to take 4000 people in the main room at the time. H≈KANíS CLUBSTREAM label is a leading dance music label group in West Sweden, releasing everything from minimal to progressive house in digital form under its six branches. The Substream label specializes in indie electronica, working with both CDs and digital downloads. THE YEAR 2011 marks a new milestone HÂkan as a producer. His debut album drops in September and is the release that will take his music from the clubs, into the living rooms. ìSOULROOMî is a deep affair, mysterious, dreamy electronica with a driving, bass-heavy tech-house beat. The album is mostly vocal, and features five different singers and two guest producers. The first single ìNothing Ever Endsî, one of the more catchy numbers, has been played on radio all over Sweden. The album comes out in Sweden in September 2011in an exclusive digipak CD package. VISIT http://www.hakanludvigson for more info or http://www.clubstream.se