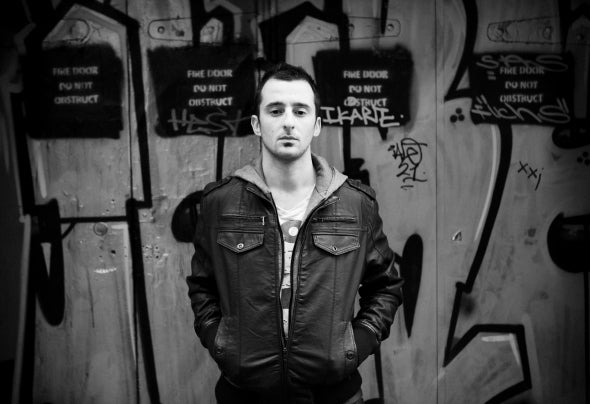 Markus Schulz knew he was onto something in 2010 when he said “I must give a big shoutout to Melbourne’s very own Aaron Camz ... He's a name I'm definitely going to be keeping an eye out for in the near future."Having only entered the trance circuit in 2009, Aaron Camz is rapidly making a name for himself, the diversity of his productions having already attracted support from the likes of world-class acts, including the likes of Armin Van Buuren and Markus Schulz.Aaron creates an edgy, tech-tinged trance; fusing minimal and progressive elements and deep, dark basslines; drawing you in with bold breakdowns and a fierceness of energy which transcends to the experience he creates on the dancefloor as a DJ. “I am creating music for clubs and big arenas; I'm out to create massive dancefloor bombs that leave you standing there, speechless,” says Aaron. “I've had these sorts of experiences hearing big tunes for the first time at a big festival or club night in my younger days. That experience is what I want to share with others!”Once exposed to and forever intoxicated by trance music in its underground days, Aaron draws a characteristic influence from his previous love of rock music to create dark, big room club tracks that aren’t shy to cross the boundaries of electronic styles. Aaron's debut tracks 'Frantic' (2009) and ‘All That’s Left’ (2009), released on Australian label 405 Recordings, were instant dancefloor artillery, qualifying to the DJ sets of Markus Schulz, Lange, W&W, Scot Project and Bart Claessen. Aaron’s tech-trance enchanter 'Black Noise' (2010) was released on Marcel Woods' Musical Madness imprint and his floor-shaking take on Mark Junior's 'Natural', released on Neuroscience Recordings, rapidly paved its way as a regular feature in the sets of Markus Schulz, Rank 1, Marco V, Sean Tyas, Ernesto & Bastian, and M.I.K.E. Twice crowned as the Global DJ Broadcast’s 'Global Selection' track of the week, the Aaron Camz remix firmly made its mark in the Global DJ Broadcast top 25 of 2010. Remixing Mike Foyle's 'Space Guitar', Aaron earned his place in the revered 'Coldharbour 100', a celebration of the best of Coldharbour. It’s no surprise Aaron’s tracks have gained quick recognition, by uniting the driving force of the club ambiance with a soulful expression of sound that can only come fromdeep within.Touring with club gigs around Australia’s main cities, Aaron continues to go from strength to strength, supporting some of the biggest names in the business, including at Armada’s sold out club event, “Armada Nights”, as well as Australia’s version of the revered UK festival Creamfields. His newest original production, 'Room to Breathe', released under Coldharbour Recordings, is featured on Markus Schulz' Prague '11 compilation.At only 22, joining 'Coldharbour Recordings' after a personal request from Markus Schulz, signing on with Armada Music in 2011 with current releases on Pilot 6 and Coldharbour Recordings, and upcoming releases on High Contrast and Spinnin’ Records, the future looks very promising!