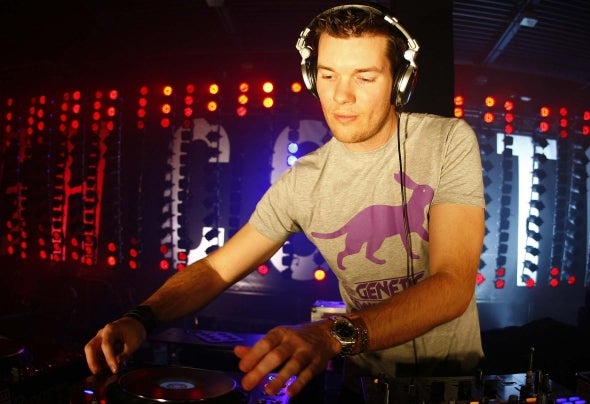 Every trance addict must have had at least three moments in his life where he got in touch with the exhilarating sounds of Danjo. The Dutch born Danjo Raijer has created a mass hysteria on the dance floors worldwide, serving the audience with majestic anthems like “Everlast”, “Duende”, and “What Lies Ahead” (with Rob Styles). Nowadays, Danjo is mainly focusing on captivating solo tracks like “As The Tables Turn” and he has much more in store...His productions were initially noticed by Armin van Buuren, who signed Danjo (& Styles) to his major Armada imprint in 2003. Their profile continued to skyrocket when they launched their alter-ego, “Primer”. The second release for this project, “Everlast”, was an instant classic that is still being playlisted by artists all over the world, and is a guaranteed hands-in-the-air hit on the dance floor.The dynamic DJ / producers started to receive a plethora of enquiries for remix projects, resulting in a wide range of well-known productions like Tiesto’s “Adagio For Strings” remix, Jones & Stephenson’s all- time classic, “The First Rebirth”, and Chakra’s massive, “Love Shines Through”.All these releases and remixes led to a wide variety of bookings and a lot of stamps in Danjo’s passport: from Malaysia to Spain and the United Kingdom to Romania, the Dutchman has been everywhere and his tracks have been selected for more than 100 different compilation albums!From 2008 Danjo continued his career as a solo artist, starting off the year with a bang playing at a booming NYE event on the other side of the globe in Auckland, New Zealand.Danjo’s first solo release, “As The Tables Turn”, came at the end of February 2008. It was released on one of Holland’s biggest electronic dance music labels, “High Contrast“. The track firmly lodged itself in the record box of many major DJ’s such as, Armin van Buuren, Paul van Dyk, and Ferry Corsten to name a few, slipping it in their sets. The success of the record in the Middle East led to several booking requests from this part of the world and a very special summer gig in Lebanon’s capital, Beirut.As a DJ, he has really made a name for himself opening on the High Contrast Stage at the legendary Trance Energy event (more than 35.000 visitors!) in 2009. The producing skills continued to flow with Danjo revising “Duende” (considered an all time favourite in the scene), giving it fresh life with a superb new guitar remix. It was another release on High Contrast’s Nu Breed sister label for Danjo and another record to do a “hat-trick” on Armin’s highly popular “A State of Trance” radio show.For now, brand new productions on labels like “Black Hole Recordings” are in the pipeline for this EDM maestro and it should be quite clear that there is another Dutch star ready to rock the stages. Supported by all major artists in the scene, 2012 is certainly set to be a good year for Danjo!© 2012