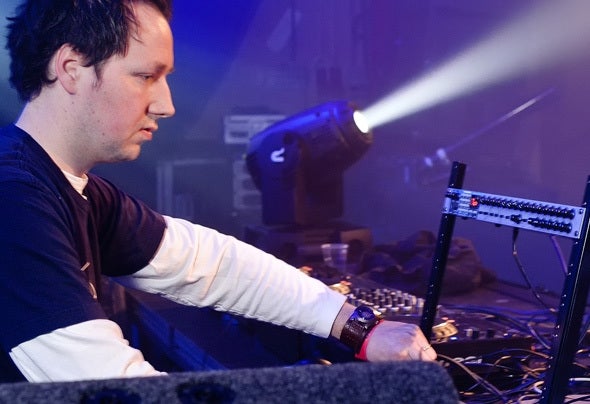 Jess-E, born Jessy de Bruijn, was born on August 2nd, 1977. He grew up in Boxmeer, a small town in the south of The Netherlands. It was right there and then that he accidentally touched the frequency dial of his radio; unintentionally moving from a regular mainstream channel to BFBS Radio with Steve Mason, playing what was then known as “U.K. Breaks”. Immediately hooked to the sound, he started taking notes of the program’s track list. Countless visits to the local CD stores followed, only to hear that dreadful “sorry kid” time and again until someone gave him the hint to go look in vinyl stores. Not knowing at that time what DJs actually did, everything fell in its place for Jessy after visiting the legendary Rare Records vinyl store in the city of Eindhoven, The Netherlands. Soon after his eye opening visit to the vinyl store, he armed himself with two turntables, a mixer and a stack of banging breakbeat records mostly from the Suburban label, which was huge at that time - DJ Hype being one of his favourites. Slowly but surely improving his mixing, Jessy worked hard to perfect his skills and managed to secure live DJ performances at internationally known Dutch venues like Doornroosje and 013. Gradually, the audience’s interest for breakbeat faded and the amount of bookings went down. Things however changed drastically when he visited the second edition of Dance Valley and discovered that the good old 4/4 beats could add funk to a live set as well. Jessy’s initial move from breaks to electro and 4/4 house tracks resulted in performances with the acclaimed Dutch DJs Thimbles and Peter Maneater; he eventually focused completely on 4/4. Over the years many genres came, went and even minimal sounds from imprints as Get Physical and PokerFlat had Jessy’s interest, just like the warm, classic house releases from labels like Strictly Rhythm. All these influences are still found in his productions, brought to the world under his artist moniker “Jess-E”. Using Logic 5 to produce his tracks for a long time, Jess-E finally moved to Ableton Live since it gave him the perfect opportunity to take his music to the stage and genuinely perform live in front of his audience. His first actual live performance was for Phil from M.A.N.D.Y., who made it perfectly clear that Jess-E was on the right track. Phil encouraged him to not give up and to keep pushing. Putting one and one together, Jess-E took up more live gigs, which resulted in absolute state of the art tracks. His demos caught the attention of Black Hole Recordings and they signed Jess-E immediately to their praised sub label Wildlife. Jess-E recently released his highly successful first single, entitled “20 Degrees and a Gentle Breeze”, has three more titles confirmed and he currently works on new material. Get ready to hear more from Jess-E!