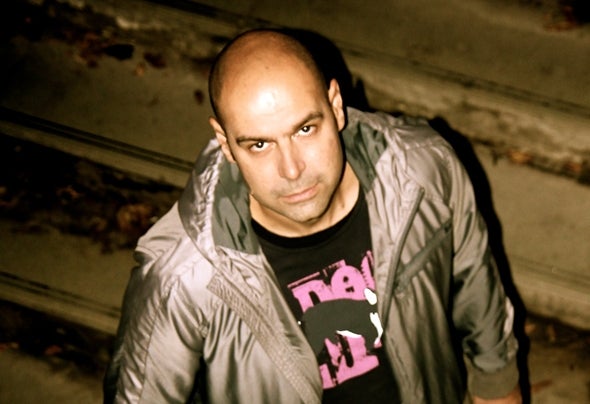 Croatian Rene Beer (born April 22, 1976, Zagreb, Croatia) is an electronic musician and producer. His first introduction to music was the piano which he started to play at 10. His father was a radio DJ in the late 80's, and introduced him to the world of funk, hip-hop and acid house music. In the early 90's he purchased his first equipment and began producing his first compositions. His 1991-1996 releases appear under the names "Future 01" , "Plastic Phase" and included projects based on hardcore techno, trance and break beat. During this time he was also working on many remixes and performed at local clubs in Zagreb and on TV stations. In late 90' he found his inspiration in a hybrid of styles from underground jazz to funky house and Detroit techno. In 1998 founded the 'Renesansa' studio and with his friends began to experiment with sound and produced music for many alternative artists. In 2000 he brought together a group of creative people and formed a radio show, 'Uplifting Intelligence', on 'Radio Samobor', which hosted many DJ's in live performances. In 2001 due to the cultural and economic situation in the country he withdrew from the scene and worked on other projects. In 2011, after a ten-year absence from the scene he once again decided to go with the music production…he has released on few labels such as Volume Media Recordings, Liquid Surface Recordings and Zipped Records. Keep a look out for his continuous onslaught of releases and remixes.