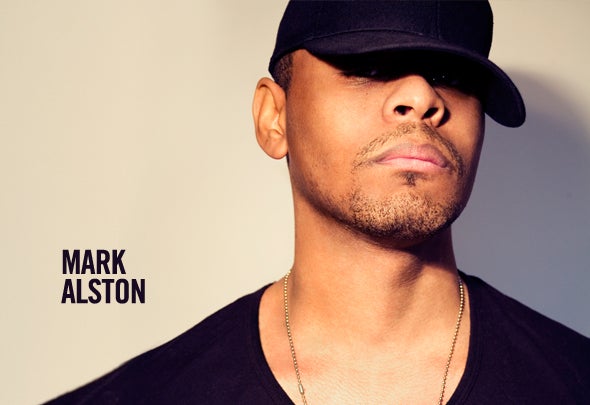 Mark Alston - Born and raised in the Bronx, New York by a drumming mother and a bassist father, Mark Alston can trace his musical pedigree back to birth. He began singing professionally by the age of seven, performing with the likes of Stevie Wonder, Michael Jackson, Hootie & The Blowfish, Al Green and Diana Ross at high profile events including the Grammy Awards, the Billboard Music Awards. Mark was signed to a record deal with Sony for his pop band CM3. After a jaunt through the spotlight though, Mark decided to focus solely on his preferred musical endeavors: production and writing. By the age of 21 Mark already established himself as a major presence in the studio, working with big names such as James Poisner, Murder Inc., Wu Tang Clan, Carol Riddick and Quest Love (of The Roots). It's then that an epiphany pushed Mark to realize ambitions of establishing his own studio and developing himself as an electronic music artist. Mark is paving his way to the forefront of electronic music with recent records "Kiss and fly" and "Addicted" – both of which were featured on Pete Tong's BBC Radio 1 "Essential Mix" Show. "Addicted" proved aptly named as it reached the Top 10 on the DMC Charts and shuffled its way to anthem status on Dennis Rider's Dance Department radio show. Over the past three years, Mark has plunged into the electronic music industry and beyond with releases on the dance industry's top labels: Ultra, Defected, Subliminal, Strictly Rhythm, Hed Kandi, Kantor and more. In addition to his already stellar original productions track record Mark has also remixed for Beyonce, John Legend, Mariah Carey, Three 6 Mafia and Maxwell.