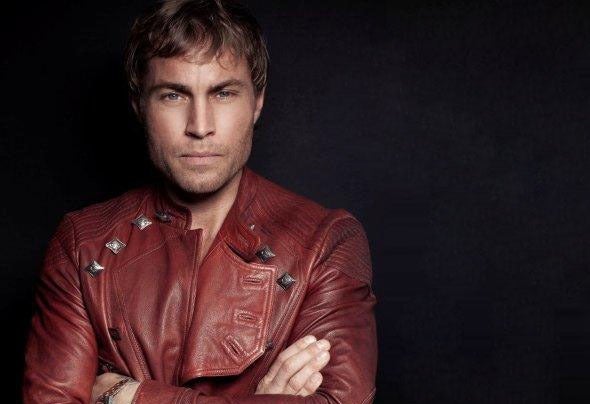 In October 2003 when Pete Tong, of BBC's Radio 1, proclaimed Carl Kennedy 'one the world's best undiscovered DJs,' he clearly was able to see what vast numbers of club goers were soon to discover; that Carl was destined to become the a big name in dance music. Born in Birmingham, England, Kennedy made the bold move to New York when he was 20 with his eyes set on the bright lights of big city life. No one could have imagined, least of all him, the extent of excitement life had installed for him. If one man was responsible for inspiring Kennedy to take the DJing path, then it would be dance music icon Roger Sanchez, when he played a set at Ibiza's Privilege (the largest club in the world) in front of 10 000 people in 1997. Carl was there to witness the mayhem and it will forever be etched in his memory. As if fulfilling some kind of pre-determined destiny, Carl was to play the famous club 5 years on and smash it up in the same devastating fashion that his hero, the blazing 'S Man' did all those years prior. In 1998 Carl scored his first professional break, becoming the resident DJ for a small house party called GBH which later went on to become one of New York's most prominent and longest running Friday night events. During his time at GBH, Carl entertained more than a quarter of a million people and, on his own terms, did his bit to revitalize New York's house music scene, all the while building his profile and reputation as a major player on the DJ circuit. 2000 saw Carl move with GBH to Centro-fly (voted America's no.1 club in 2001/2002), which saw him perform alongside heavyweights like The Chemical Brothers, Roger Sanchez, Dimitri from Paris, Seb Fontaine, and Erick Morillo. Then in 2003, when Pete Tong hosted his 'Essential Selection' show live from Centro-fly, people on both sides of the Atlantic had a chance to hear Carl at work, as he pieced together his own blend of sexy beats and soul-satisfying sonics. Ironically, after that performance, his popularity began spreading in his native England, and it has been growing steadily ever since. A man's whose sound holds an undeniable far-reaching appeal, Carl tours regularly throughout every continent across the globe and is a firm favourite at Ibiza's famous Pacha and Space Terrace. He's also performed at the Ultra Music Festival in Miami and the Budapest Love Parade in Hungary, where eight hundred thousand music mad people danced up a frenzy to Kennedy's white-hot DJ set. It's Australia though, where the DJ-producer calls his second home. After mixing the critically-acclaimed Onelove vol.2 compilation CD in 2005 with local gun Grant Smillie of TV Rock fame, Kennedy has become a firm local favourite. The man now spends up to six months a year in his adopted country. Having snared a residency at clubbing institution One Love both in Sydney and Melbourne, he also tours the country stopping in at regional towns and the other major cities along the way. Kennedy might be a devastating vinyl stroker in his own right, having been nominated as 'Best Breakthrough DJ' at 2004's Dance Star Awards in Miami, but his devastating skills don't end when he exits a nightclub. His stunning 2004 cut 'The Love you Bring Me' still remains the highest ever selling single on Roger Sanchez's prestigious Stealth imprint, having been an Essential New Tune on the UK's Radio 1, and 'Tune of the Month' in Tong's Essential feature in Mixmag. Last year's 'Right Before My Eyes' offering on Toolroom was also recently picked up by Ministry of Sound's behemoth off-shoot Data Records. At present, Kennedy's latest release 'Don't Give up' (out on respected underground imprint CR2) is burning devastating holes in dancefloors around the world. Always planting new seeds for future prosperity, Kennedy has also stretched his dance industry wings out to start up his new record label. His solo venture Wasted Youth Music, with the focus based around the philosophy of 'label run by the artists for the artists'. A man whose passion for house music is only rivaled by the hoards of clubbers who flock to catch his exquisite DJ sets, the spinner maintains a distinctive style all his own incorporating sounds across electro, tribal, soul and funk. Carl Kennedy is a man with a sixth-sense for what makes dancefloors move and possesses an uncanny ability to hit the sonic sweet spot time and time again. Indeed, it would seem that music aficionados across the globe are too, discovering his innovative style and not wanting to let go. www.carlkennedy.com www.myspace.com/carlkennedy