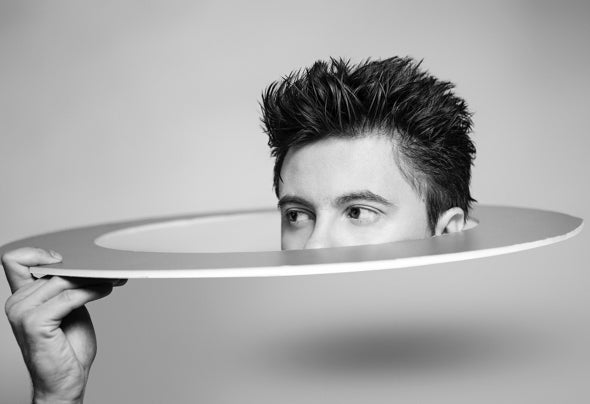 Hibrid was born in 1991 in Sarajevo, Bosnia and Herzegovina and is a young producer & DJ in the realm of experimental, deep, and techno music.His first experience with electronic music was at the age of 16, and so far he played in all the biggest clubs in Sarajevo and Bosnia and Herzegovina, and also in Amsterdam, Eindhoven, Tilburg (Ne), Zagreb, Tisno (Movement Croatia), Split (Cro), Belgrade, Novi Sad (Serbia), Corfu (Gre) etc. Also, in 2017 he was Burn Residency winner in Bosnia and Herzegovina. Hibrid performed as a warm-up DJ alongside many world- known artists such as Solomun, Silicon Soul, Jonas Saalbach, Franz Alice Stern, Metodi Hristov, Kristina Lalic etc.He started to produce music in 2010 and has released his music on various labels worldwide and he continues to push the boundaries of art in his work. Music that he makes is filled with deep elements and melodic sequences.His tracks "Baseskijina Samoca" and "Samo Sanjar" are a mixture of local poetry and electronic music that was well accepted by the local audience, and therefore they are the best reference for his unique style. In 2015 he released two music videos for his track “Da li biti Normalan” and his remix for Croatian singer Sara Renar, called “Jesen”. During the 2016. he published remix of track “Moramo” of indie-rock band from Sarajevo, Billy Andol, and also free download EP “The Way Leonardo DiCaprio Smokes Cigarettes” in collaboration with music channels Nie Wieder Schlafen and Sweet Melodic.In his newest release, Hibrid takes a more experimental approach to creating electronica and he presented his first album called Izgubljeni (Lost) followed by two music videos and 12 tracks, 12 illustrations and 12 stories. Album is released in the May of 2017.His unusual, experimental approach to making music led to him being lauded as one of the most talented producers on Balkans.In 2014 he started to run his own label called Submarine Vibes.