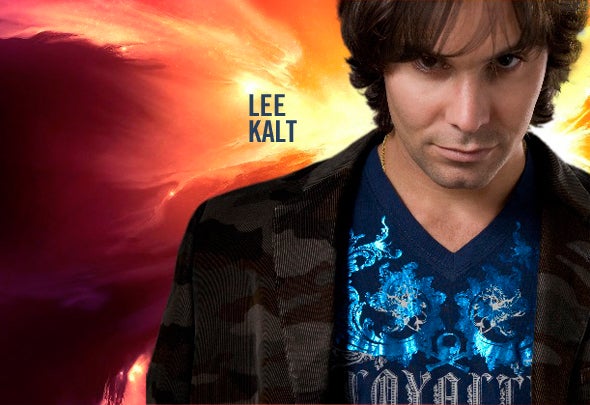 In the the summer of 2007 DJ/Producer Lee Kalt signed his soon to be vocal house classic 'Special K' feat. Missus M to Erick Morillo's prestigious Subliminal Records. "Special K" proved to be one of the biggest records not only in Ibiza but in 2007- it was "Essential Tune of the Week" on Pete Tong's BBC Radio 1 show The Essential Mix, and was selected as "Tune of 2007" by Erick Morillo in DJ Mag's Top 100 issue. Lee Kalt first introduced himself to the New York City club life as the founding resident of the legendary Sullivan Room. Starting in 2001, Lee's flawless and pounding sets formed Fridays @ SR into one of New York's most well-respected house music parties, showcasing up and coming djs from all over the world including Lee Cabrera, Dirty Vegas, Luiz Diaz, and AstroGlyde. By the time Lee left his residency at Sullivan Room in 2002, he was already a star in New York City's nightlife, becoming the choice opener and resident DJ for several new nightclubs and lounges in Manhattan including Mansion, Pacha, Crobar, Centro-fly, Cain, Bed, Pink Elephant, Sullivan Room and Le Souk as well as the musical host of many well-known parties in the Hamptons, IBIZA, Las Vegas, Miami, San Francisco reaching as far globally as Asia. During his travels and residencies, Lee has played with the some of the most talented djs in the world including Danny Tenaglia, Sasha, Behrouz, James Zabiela, Luke Fair, Arthur Explicit, Sander Klieneberg, Tom Stephan (aka Superchumbo), Cedric Gervais, Dj Rap, Peter Rauhofer, Ivano Bellini, Low End Specialists, Stan Kolev, Mr. C, Jonny Vicious, John Digweed, Timo Mass, and Erick Morillo. Lee's prized performances reached global heights when XM Satellite Radio's UPOP Channel requested to broadcast his set from the closing party at the prestigious Suite Lounge Miami where Lee was a resident in 2008. Lee stands out as an artist looking to bring the highest levels of production to his work, crediting Danny Tenaglia, Deep Dish, Loco Dice and Timo Mass, as the main influences for his musical style today. He is the driving force behind LK RECORDS and all of the artists it represents. It is a wonder that with his busy tour schedule Lee Kalt has grasped the time to be the Founder and Creative Director of House Music TV, a revolutionary service that showcases the latest and greatest house music videos online, taking viewers inside the lives of international DJs including Deep Dish, Erick Morillo, Lee Kalt, David Guetta, Danny Tenaglia, Paul Van Dyk, and Tiesto, among others. As one of the Top 100 most viewed channels on YouTube, with over 3 million views around the globe, House Music TV allows its audience to experience the world of house beyond just the music.