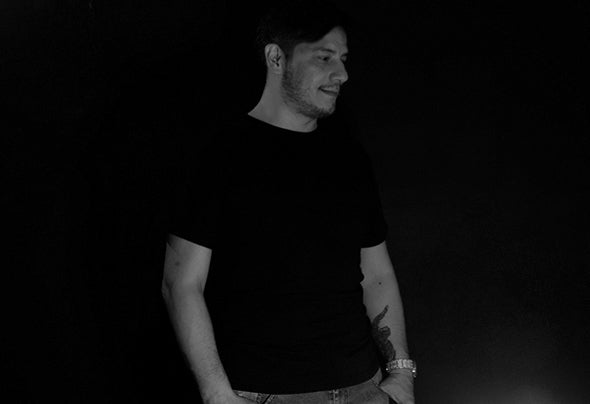 Rick Silva Dj & Producer from Mexico City He started his career in the 80s influenced by the sounds of Depeche Mode, New Order, Kraftwerk, Front 242, MCL with that sound that projected him to a different energy in the turntables! And it was precisely because of that peculiar sound that was characterized in his sets of music that from a young age at 18 he was already identified in the clubs of Mexico City as a avant-garde Dj! So came their first great opportunity at Club Dan Zoo where every Sunday they attended about 1200 persons to listen to the music, on 1993 Rick Silva and a very important businessman of that time in Mexico, Design and create the first massive club of electronic music Called "Medusas" which came to position as the most important in Latin America which Day to Day Housed 2800 people to listen to the avant-garde music contained in Rick Silva's Sets, 1995 as a natural step in the career of Djs. Produces his first techno tracks from which he reveals the first hit of his career "La tacha "Which came to position in the hit Parade of 1995 for more than 8 Months as Track Number One Sales and Radio! on 1995 the musical production has become the main facet of Rick Silva where his productions appear in compilations such as Ministry Of Sound, Loveparade, TeleHit,Bmg, Sony, Universal. In 2008 he released his label called Resonate Mexico which places first tracks of sales in stores like Trackingspain, ibiza downloads, Juno in 2009 this label is merged to create Progresiva Records & Grooves ,new hits that fit in the radio parade hit in first places like the Last Goodbye, Time 2 play, this last one of the most sold in Google Music! Now in 2017 Rick Silva and a Group of DJs from scene create Reset Music a Label that brings the most avant- garde productions in Mexico and the World with the vision that not only what happens on the dance floors Of Europe and the U,S are what set the trend! and the trend is also created from clubs and massive events throughout Mexico.