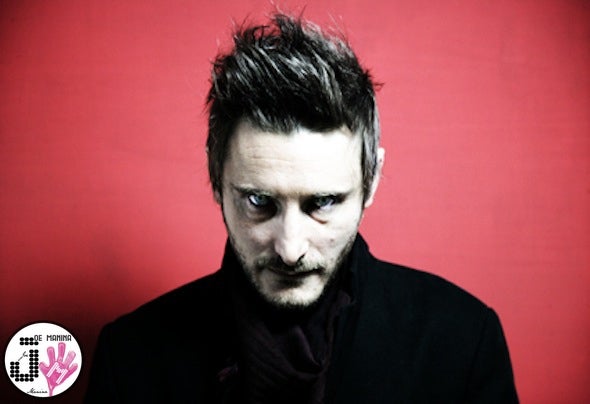 Nicola Di Giacomo is born in the city of Salerno, Italy in 1974. His mother instilled and nourished his passion for music.At the tender age of eight, Nicola begins to show interest in the disco-music genre, growing up with the artists who revolutionized the world of music, such as Giorgio Moroder, Cerrone and Gino Soccio. A few years later, while frequenting parties and clubs, he becomes entranced with the budding New York and Italian house scenes. Soon after, Nicola sets up a home studio, and although poorly equipped, manages to record his first demos; later developed in professional studios. From 1994 onwards, his first productions begin, with DJ Nicolass constantly searching for new and innovative sounds, consolidating his own unique style of fuzz-funk crammed with matchless grooves and sounds. Nicola moves to the city of Cassino and will begin to create an “elektro-funk” project produced by Edel, with which will wins a dance music contest. Joe develops the love for house music artists like Daft Punk, Cassius, and Junior Jack, incorporating these sounds with those used in French-house. In the mean time, Joe also establishes another important working and personal friendship Savino Martinez, a dj-producer at a club knownas “The Dub”, also partner of Claudio Coccoluto, thus continuously acquiring fresh electronic beats. A year later, Joe becomes acquainted with Santos, a native of Frosinone and important producer belonging to “Mantra Vibes”. The pair, along with 50 degrees, produce a house remix of the infamous “Domenica Sprint – Stadium” theme song. Shortly thereafter, DJ Nicolass finds himself exporting his talent and music to both Germany and Austria, where he embarked on a tour of local nightclubs. In recent years will know the nickname "Joe Manina", producing several songs such as "Tango", "Pussymen" and "Haunted House", released by the "TIME RECORDS" (also collaborating with German Leguizamón, voice of Soundlovers), remixing various productions, until the arrival of the project "UN MOODS" that after a few days from release will scale the charts. Actually he works constantly with his closest collaborator and co- producer "Alessio Pontone" also known as Alex Tone, with which they are constantly looking for new sounds for their progressive house mixes. Toghether, in 2012, they founded a new own label.. the Blast Records.