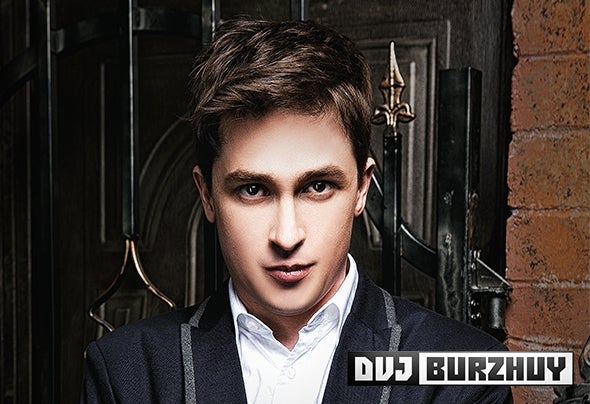 Winner of contests from DJSOUNDS.COM , PIONEER , GLOBAL GAT HERING UKRAINE, PROMODJ.COM etc. Resident of Kiss Fm Ukraine, project KAFFEIN. http://facebook.com/burzhuy.nethttp://vk.com/burzhuyBurzhuy is the most demanded DVJ in Ukraine, the author and presenter of popular radio show “Epatage” at the radio station Kiss FM, and also ideological inspirer and presenter of the TV program DVJ Mix Show on Star TV. Of late he started working as a producer. His first works that were produced by Vibra Macz Records and Optika Recordings were highly praised among DJs and producers.Yevgeniy Grinevich aka Burzhuy became a DJ in 2001. The famous Kiev club “Maximum” where DJ Burzhuy had been a resident over a period of several years was the first place of his work. During his work Z henya learned how to work with the audience, and also understood that just playing music is not enough for obtaining success, something more is required – to set the fit mood, to grip an audience and hold hard as long as people are in the club. Improving his DJ proficiency he started learning new skills that are combination of music and visualization. The work in this direction fructified and soon the new attachment DVJ appeared in front of his nickname. Since that time his career has begun to develop rapidly. Tours around Ukraine, work at the studio, and also participation in numerous contests gripped hold of Zhenya.Very often active participation in contests ended with the win; that is what happened at the contests from Promodj.ru, DJsounds.com, Pioneer and Global Gathering. In June 2007 mix "F##kin Result" won the 1st place on the results of voting of portal TopDJ.ua users at DJ-contest from Global Gathering 2007.And further to the season 2006-2007 – the remix of the track Natasha Rostova - Heartbeat is one three the most downloading remixes of the main club portal TopDJ. Cooperation with leading Ukrainian labels Optika Recordings and Vibra Macz Records, which the young producer is working now with, became the continuation of his work as a producer.Due to his interesting ideas and his ability to actualize them Burzhuy has achieved impressive results on the radio and on TV. In spring 2008 on the radio MFM weekly author’s program “Epatazh” started up. The project was so successful that interested executive group of the largest Ukrainian radio station Kiss FM. As a result, in January 2009 “Epatazh” changed home station and moved in Kiss FM Ukraine. The conception of the project is very simple – no stylistic limits and formats: emotions are at the first place. As it turned out in practice, it`s quite the thing that interests the mainstream audience. Apart from rating radio show on Star TV from September 2008 there is one more interesting project DVJ Mix Show, the main idea of which is to disclose secrets of DVJ mastery. Burzhuy is one of Ukrainian DJs who was invited to play on Ibiza, in the club Space. It took place in summer 2008 after the win in the contest from company Pioneer.