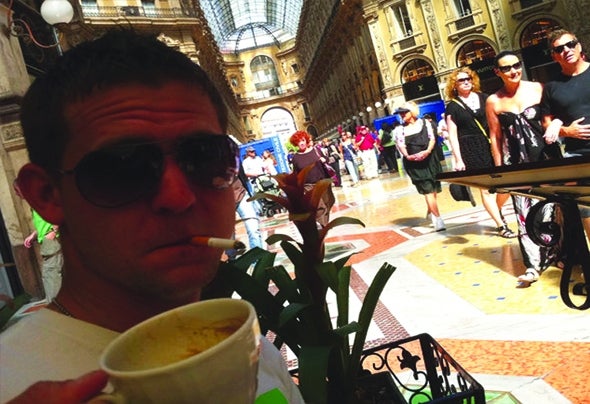 Nick Kopout has been Dj'ing and producing for around ten years now and is most renowned as a solo DJ playing @ club nights such as Simma, Misadventures & We Love Sundays @ Space Ibiza. He is resident at club nights Essence & Yoruba where he can be seen regularly working the dance floor. 2010 was the breakthrough year for Nick as he worked his magic in destinations across Europe such as the French Alps/Ibiza and London, but probably most significantly he teamed up with Slinkys Tim Lyall to form his other production guise as 1 part of the duo Niko & Lyall.2011 was a cracking year with gigs & festivals supporting the likes of Pendulum, Drumsound & Bassline Smith while having numerous tracks released on labels such as Ispirato, Up:start Music & Born 2 Dance Records which also recieved rave reviews in high street magazines Mixmag, DJ Mag and website Tillate.com.With current track support from the likes of Judge Jules, Brandon Block, Joshua Roberts, Lisa Lashes it's looking like another exciting year!