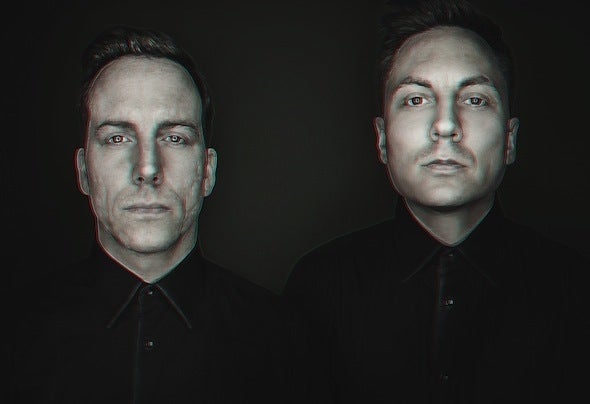 Rockwell & Landers, aka Sebastian Röbke and Marcel Rabener, have been hard at work in the studio preparing exciting new music for labels such as Arch44 Music (UK), Locked Records (Belgium), and Nachtexpress Records (Germany). The duo draw inspiration from their extensive DJ careers and have forged their own unique brand of Deep and Tech House. The pair began DJing at the age of 16 in their home country, Germany. At that time, major raves like Mayday in Dortmund, the legendary Hanomag Event Hall in Hannover and the early Love Parades in Berlin were at the forefront of the scene. Hannover was a hotbed of activity within the electronic music world, and Sebastian and Marcel became weekly visitors to the epicentre; Crazy Tunes Record Store. After a few months of building a record collection, the guys began to play out under the names: "Sebastian R." and "DJ Skunk", with their debut appearance at the Plasma Raves in Vlotho and then at the Neuroserve Club in Bielefeld. With several years on the local DJ circuit under their belts, Sebastian and Marcel were invited to become residents at Clip-Clap Club/Die Mühle, Bunkerforce Minden, Q-Palace Bad Nenndorf and PW/Mind Club Porta Westfalica. It was around that time that the guys adopted the new moniker, "Rockwell & Landers", a name that would start to appear on every major event flyer as the duo became more and more prolific. Countless DJ gigs later, Sebastian and Marcel felt that the time was right to start producing their own tracks. Their early work saw a string of releases on Nulectric Records, a German label specialising in Deep and Tech House music; "Trip To Caracas EP", "Breathe In, Breathe Out EP" and two remixes for Sync and Novel T. & Kay Topic became some of the label's best sellers. Rockwell & Landers have gone on to release music with Groove Department, Shake That!, Arch44 Music and Locked Records. The trademark Rockwell & Landers sound is not easy to define; a hybrid of House and Techno, with emphasis on groovy bass lines and catchy elements. Sometimes deep. Sometimes banging. Always with passion.