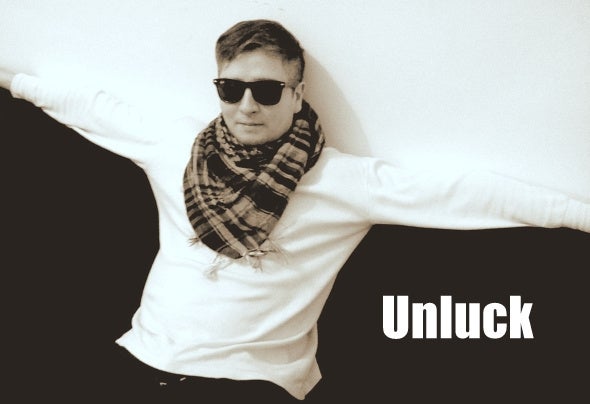 Luciano Recchia aka Unluck, was born in Buenos Aires, Argentina. He began his passion for music in 2000, after several years of electronic parties attend. He became interested in the art of turntables and it was there where decided to go in depth in the field of electronic music.In the year 2005 took place in the DJ course of Sonica, where he learned t he t echniques of mixing. In t he year 2007 begins to take an interest in music production and makes several courses of Ableton and Reason in Estudio Urbano (Urban Studio) in where he learned the foundations of both programs.And there began his true passion which is the musical production in which the preferred styles are minimal and techno. Unluck's music is a mixture between dark, denset racks wit h low bmps and groove t racks wit h madly distorted voices and changes of rhythms that are completely unthinkable. Always maintaining an atmosphere of darkness that varies between the techno and minimal, the preferred styles, when it comes to the production and mixing in clubs.